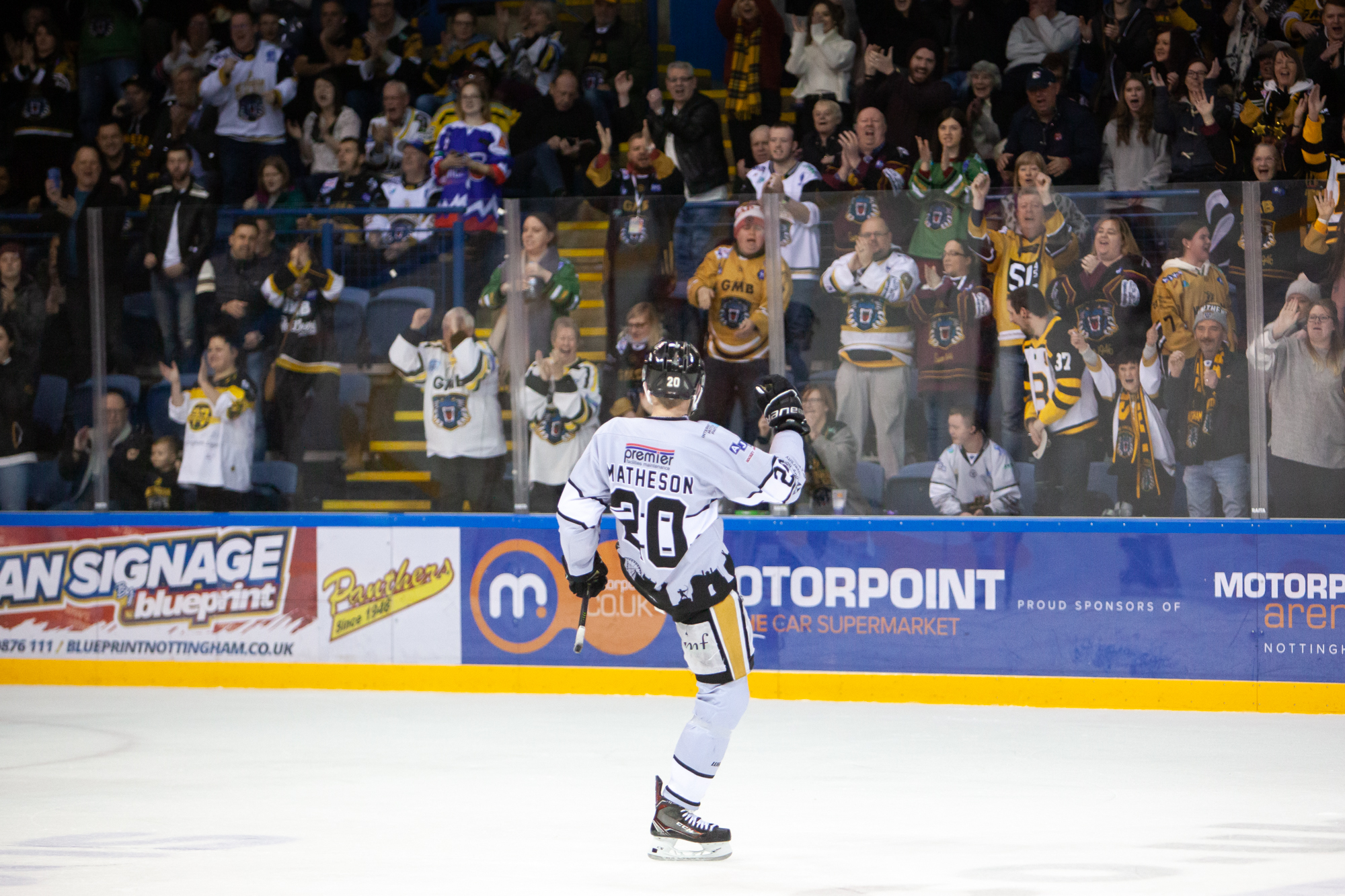 The roar is on its way back with the return of THE NOTTINGHAM Panthers with a live audience at the Motorpoint Arena for the first time in eighty weeks on Sunday at four o’clock.

It will be the deciding leg of the Diamond Jubilee Cup against rivals the Cardiff Devils and the box office reports strong ticket sales but there are still good seats available so tell your family, your friends and your neighbours – THE ROAR IS BACK!

INTERMOTOR – YOUR FIRST CHOICE IN ENGINE MANAGEMENT are sponsoring Panthers training camp which started this week and includes the game against Cardiff and the next home match when we face arch-rivals Sheffield on the following Saturday.

THE NOTTINGHAM Panthers’ line-up will have some fans’ favourites, some returning faces and a host of newcomers and the game promises to be a spectacle!

Get your match tickets right here!

Meanwhile, you can turn up fully loaded for home games with your fifty-50 tickets and your SoHB tickets already bought. In fact, we’ve already got the first draws – for Sunday’s game – on sale.

Fans have supported the club fantastically well throughout the pandemic. At times our website and social media numbers have gone through the roof and the hundreds of unique prizes on offer by way of the online weekly raffles have been superbly supported. Now, as fans return to witness the action live for the first time in a long time there is still a need to cut down on face-to-face and contact interaction for everyone’s safety. To that end, we’re switching the match-day raffles to a new online operation. All the draws will go live throughout the week leading up to a weekend game.

If, however, you choose to wait until game day to buy your draw tickets you will be able to do so on your smart ‘phones. There will be QR (quick response) codes all around the arena, on stands, on helpers’ tabards, on posters and on the giant videotron scoreclock above centre ice and on the plaza LED display as you come into the arena. Just point your ‘phone camera at the code, tap the link that pops up on your home screen and instantly you’ll land at Panthers’ raffle HQ.

WHY NOT TURN UP FOR THE ACTION FULLY LOADED AND ARMED WITH YOUR TICKETS FOR THE FIFTY-50 AND THE SHIRT OFF HIS BACK DRAW.