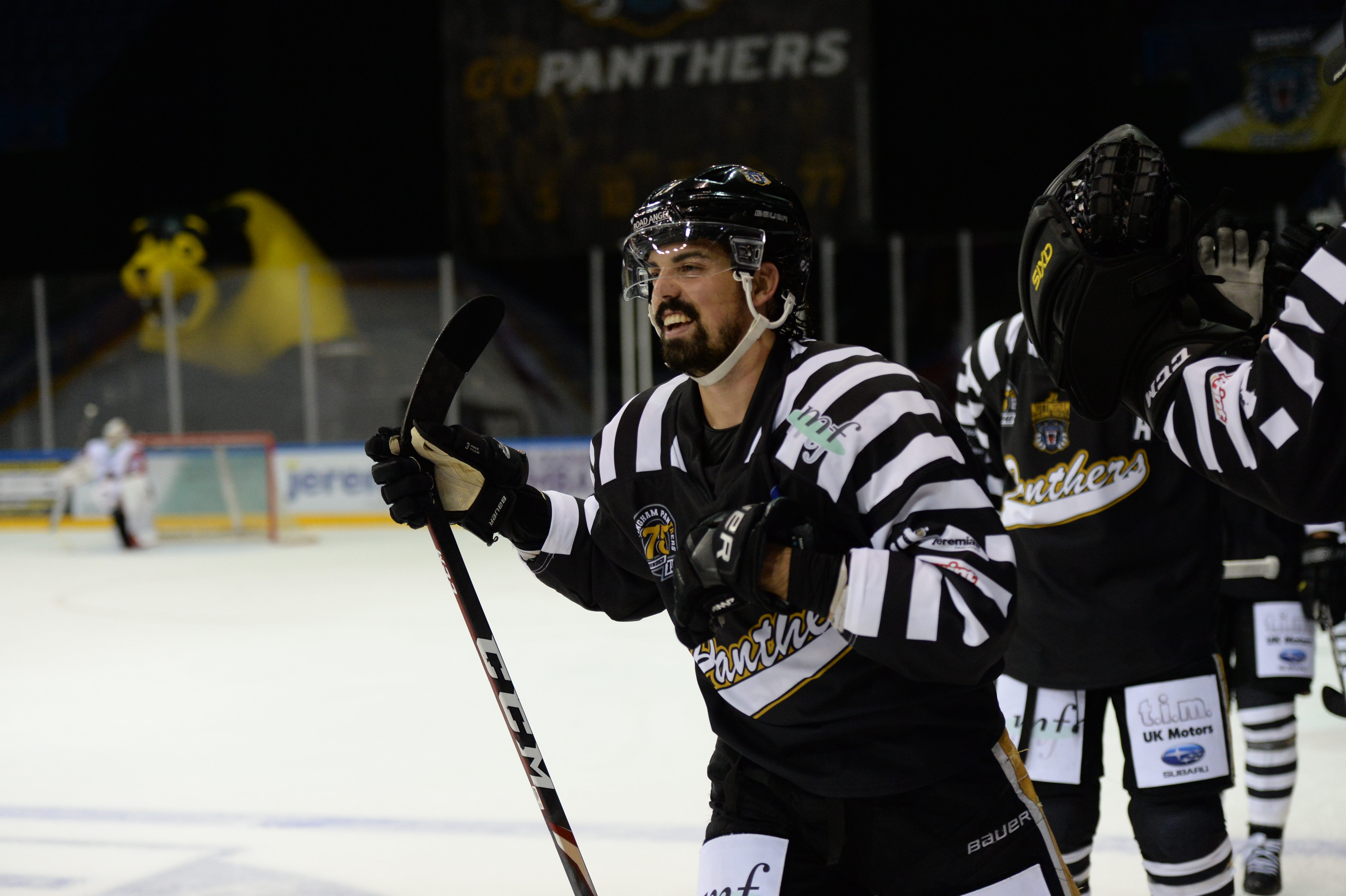 PanthersTV, with Jeremias Chimney Systems, caught up with Kevin Domingue after he finally got to play in front of the Panthers' fans on Sunday afternoon.

The forward, who scored ten goals in the behind closed doors Elite Series, also scored a brace in Sunday's game and he talks about his emotions after hitting the net.

He also gets into hitting the ground running alongside Christophe Boivin and just how much he's looking forward to going up against the Steelers with fans back in the stands.

See the interview with Kevin only on PanthersTV, with Jeremias Chimney Systems, through the thumbnail below.