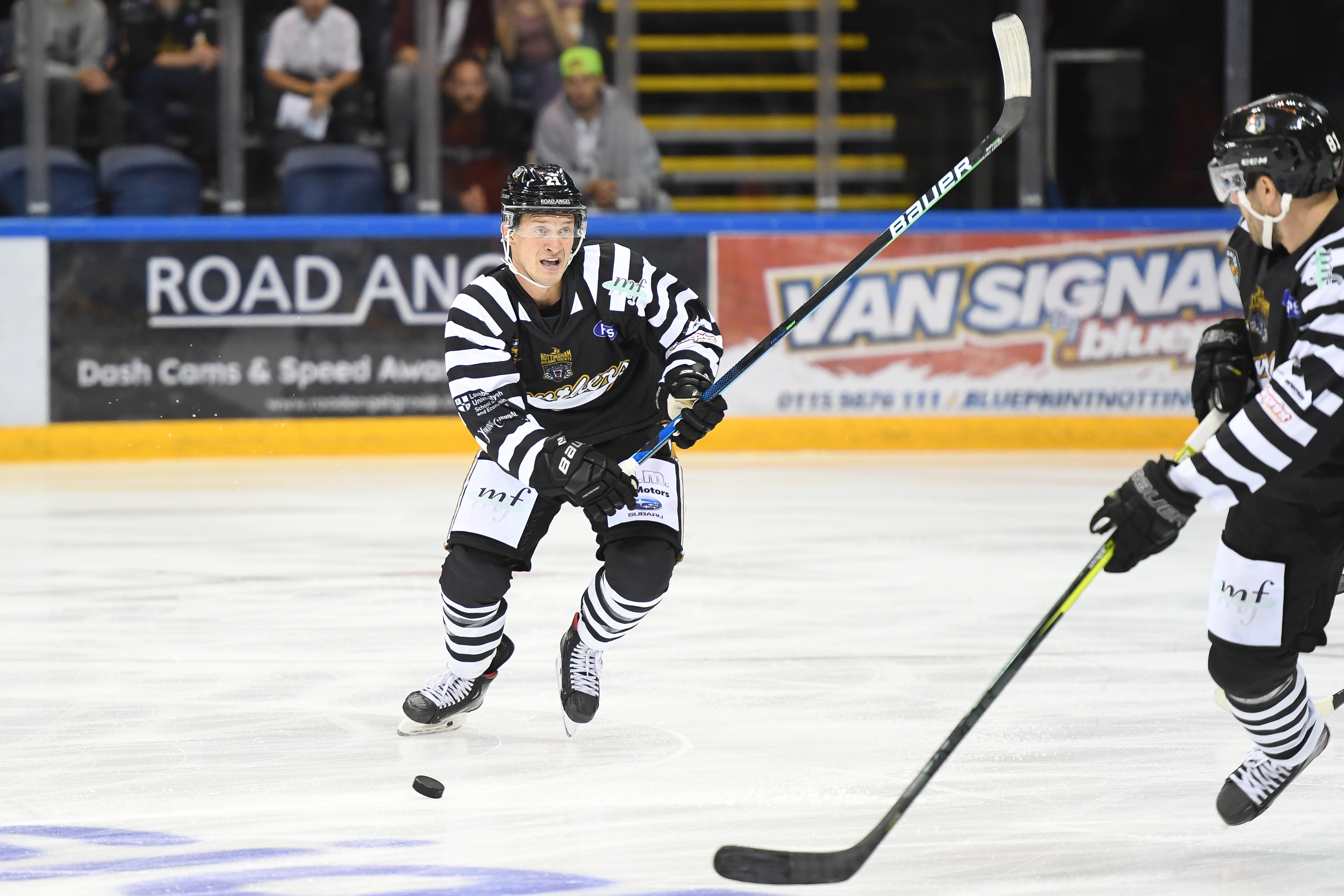 THE NOTTINGHAM Panthers’ are back in home ice league action for the first time since March 1st 2020. That’s 82 weeks and a day. That’s 574 days since fans were able to witness the club bid to pick up league points.

A lot has happened in the meantime. The league has a new sponsor – Premier Sports who will be regularly broadcasting games through the season.

The Panthers won the Elite Series which had to be played behind closed doors.

The Elite League is BACK and Panthers are at home to Dundee Stars on Sunday with a four o’clock face-off. Tickets are on sale now. CLICK HERE TO BUY!

Also undergoing a revamp have been the cash prize Fifty-50 draw and the Shirt Off His Back raffle. Both are available online throughout the week leading up to a weekend game and many fans are getting more and more used to buying in advance.

Please remember though, you will still be able to join in the fun on the day by scanning the QR codes at the arena and using your ‘phones to enter. Last week’s delayed start because of traffic problems on the motorway and in Nottingham coupled with a hold-up to scrape the ice mid-game and some other hiccups to the timings along the way meant the game slightly overran and spoiled the closing deadline for the draws. As a result we’re tweaking things this week and the draws will run un ‘til later in the evening giving fans a chance to buy on the way home or when they get there. The winners are now notified by e-mail anyway and we will announce them on our social platforms and here at the club website too.

Remember the "Shirt Off His Back" winner can choose the player’s shirt they get (we’re wearing the gold-coloured uniform this week) and the Fifty-50 cash-prize winner gets the funds transferred direct to their bank account.

There were two online winners in the new style draws at last weekend’s home game and then we had a third winner on the same weekend in the first ever Panthers’ Shirt off his away Back for Sunday’s victory in Sheffield.

GOOD LUCK EVERYONE ... To join in the fun click here or use the Quick Response codes all over the arena at the weekend to buy on your ‘phones.

THIS SUNDAY SEES THE RETURN OF LEAGUE ACTION AT THE MOTORPOINT ARENA.

Face-off is at four o’clock.