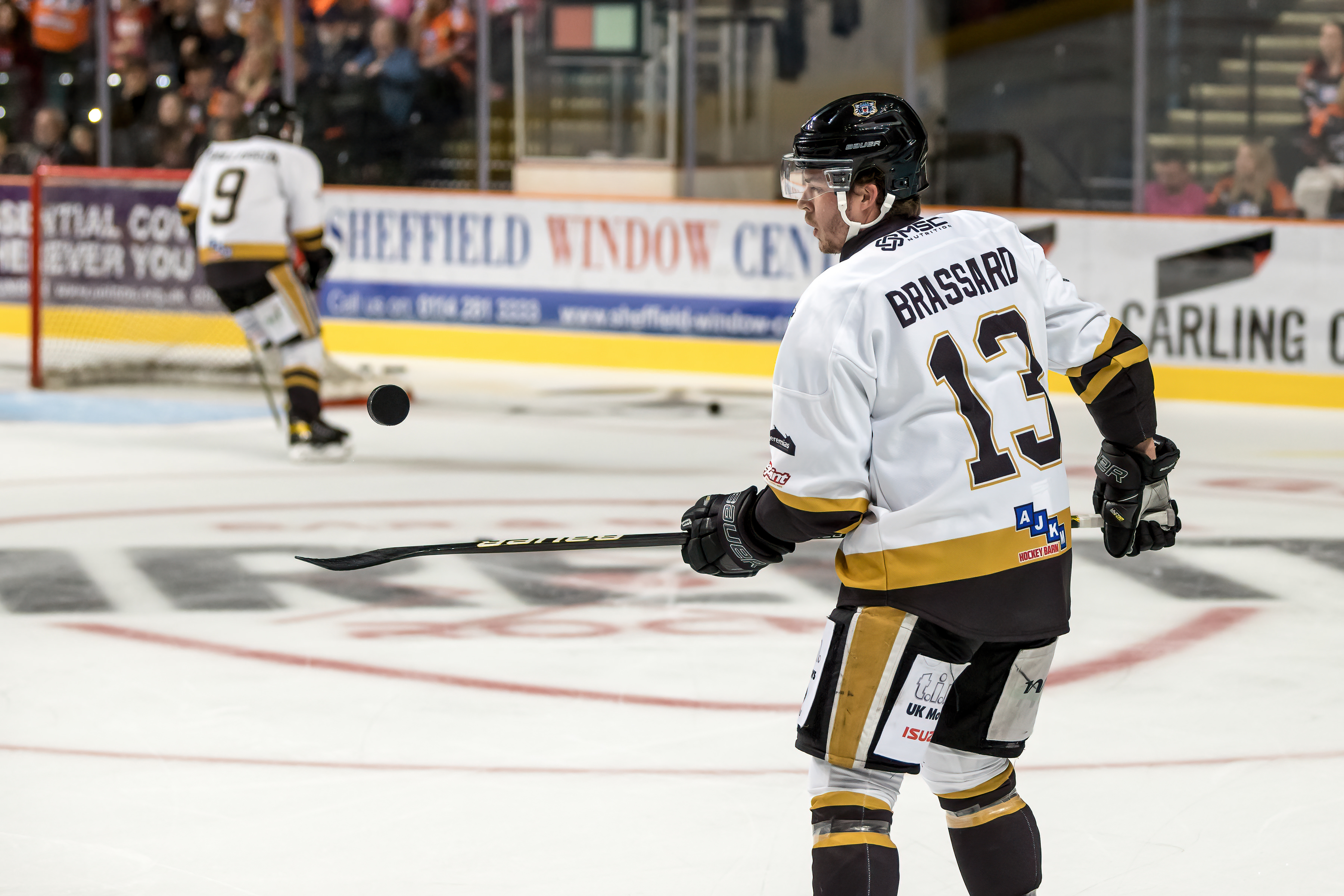 THE NOTTINGHAM Panthers hit the road today to begin their Premier Sports Challenge Cup campaign as they take on the Storm in Manchester at 5.30pm.

Head Coach Tim Wallace told PanthersTV, with Jeremias Chimney Systems, he's looking for a response from his troops, in one of the EIHL's most infamous rinks, after they became their own worst enemy during Saturday night's loss to the Coventry Blaze.

Massimo Carozza (lower body) will not make the trip north today, he will remain in Nottingham to continue his recovery ahead of next week's return fixture with Manchester at the Motorpoint Arena, and the Panthers are likely to call up two-way forward Morgan Clarke-Pizzo to the 19-man roster once again.

There is a stream of the game from Altrincham that you can purchase by clicking here.

You can also win whilst the Panthers are on the road as we're once again holding an away day "Shirt Off His Back" raffle, it's just £1 to enter and if you win you choose whose game worn, white, road jersey you want as your prize from Sunday's game roster. Just click here to enter, the draw takes place at 9.00pm tonight (October 3rd).