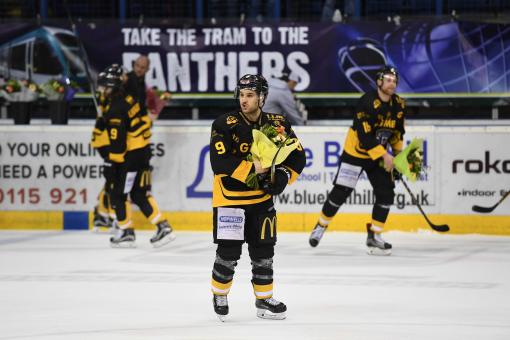 Alex Nikiforuk has become a first time father while he was on Continental Cup duty with the GMB Panthers. His wife went into labour in the early hours of this morning and gave birth to a healthy seven pound baby named Knox. Alex began travelling back to the UK as soon as his wife went into labour with the team's blessing. This means that Nikiforuk will not be a part of the team in the Continental Cup Super Final as he is now back in Nottingham to spend some time with his new born. The Panthers organisation wishes him and his new family all the best and look forward to rejoining him when we return to the UK.