And finally....even the coach got hurt 'blocking a shot!' 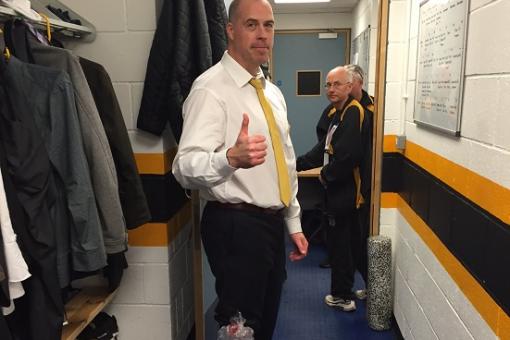 The treatment room had a few extra visitors after the game against Coventry on Friday night. Several players may need checks ahead of Saturday's tough road trip to arch rivals Sheffield in the league. Even coach Corey Neilson got hurt. "I blocked a shot," he falsely claimed after strapping on an ice pack straight after the match finished........he was hit by the puck as he stood on the bench and his injury serves as a reminder to everyone at ice hockey matches that they need to KEEP YOUR EYES ON THE PUCKS AT ALL TIMES!