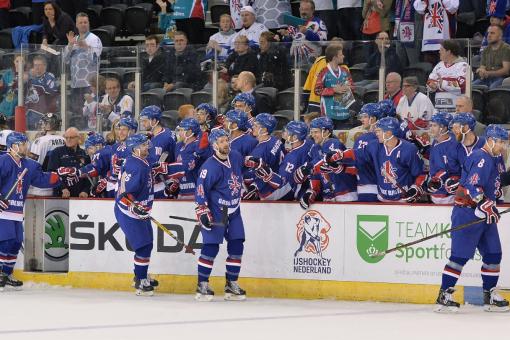 A three-goal blitz at the start of the third period lifted Great Britain to a convincing 5-1 victory over Estonia giving the hosts in Belfast two wins from two starts. And the Panthers contingent weighed in heavy once again. A Steve Lee shot rebounded to Liam Stewart for his first senior goal at the start of the third period and moments later it was game over when Dave Clarke added a fourth, lifting another Lee shot over the goalie to claim his second of the tournament. Then, just 26 seconds after that Evan Mosey added a fifth through the five-hole to make it 5-1. Earlier rivals Japan had a 4-2 win over Croatia with Panthers' Andy Sertich named man of the match for the losing team. Pic - Dean Woolley