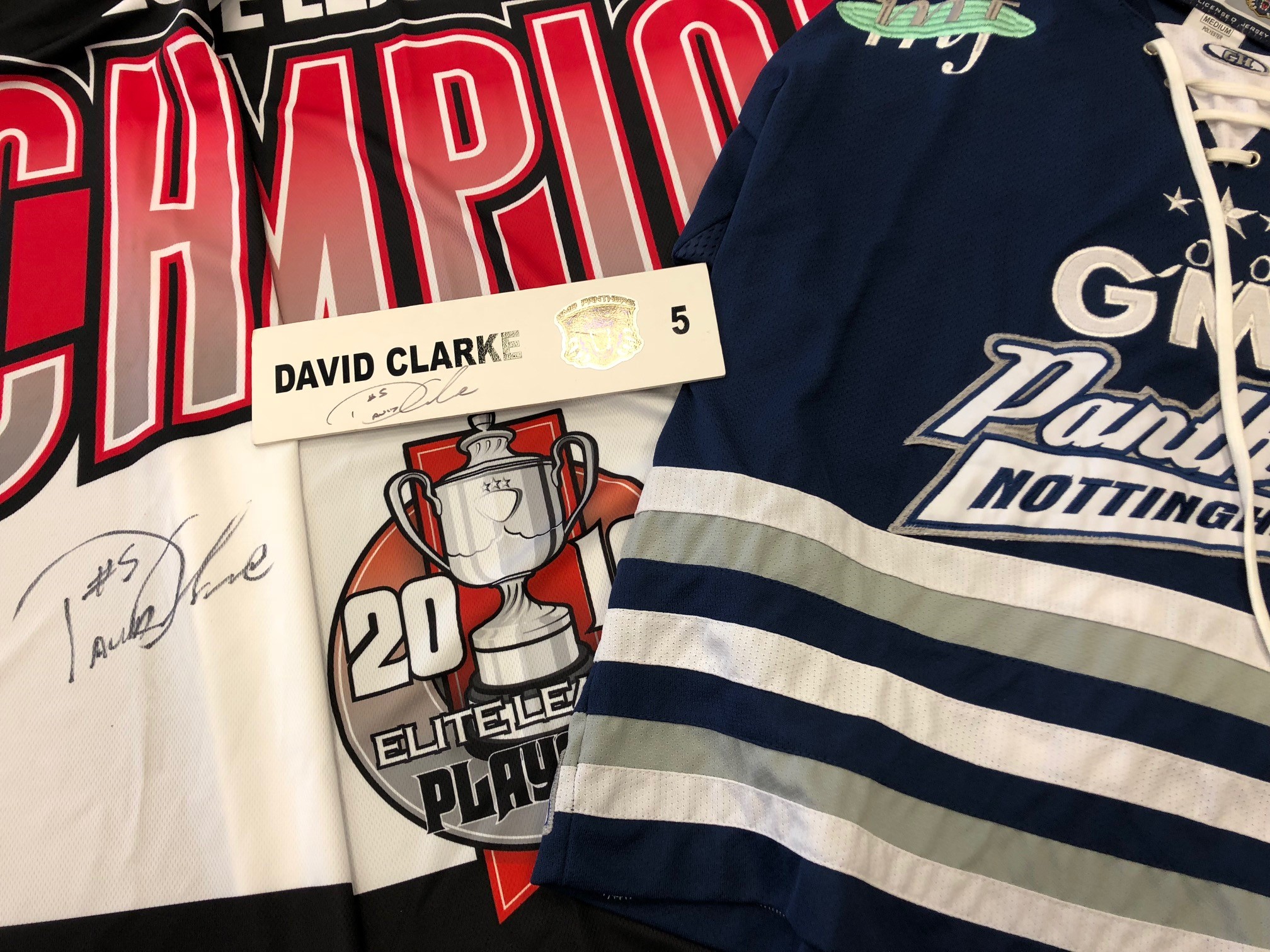 The bidding has closed for the unique package of David Clarke memorabilia, which we put together to mark the retirement of his Number 5 shirt.

There’s also a play-off championship winning flag, which David has also signed, and there’s a locker stall namebar plate which was used in another championship season above David’s stall, also signed.

The three items were on sale as a group and the bidding closed at 1PM on Friday afternoon.

Thank you to the final two, who entered a bidding war over the final 10 minutes before one came out the winner with 30 seconds left on the auction, for raising these invaluable funds for our official charity partner!