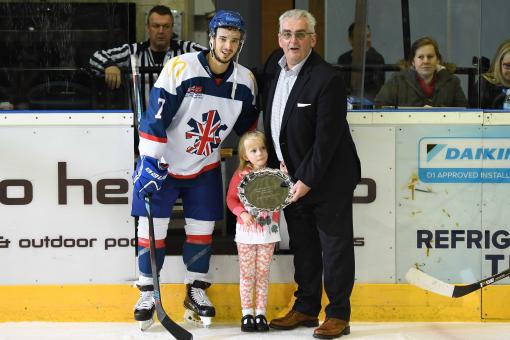 A great effort by the Great Britain senior men's team saw them push Norway - the 11th ranked team in the world - all the way in the first of two internationals between the two nations. The final score was 1-2 in favour of the visitors but it was GB who took the lead when Nottingham's Robert Farmer scored on a first period powerplay in the 12th minute. GB added a stunning five-on-three penalty kill in the second period of a game - sponsored by the G M B - and were still in front after two periods of action. Two early third period goals put the visitors in front and they held on - just - even when the excellent Ben Bowns in the GB net was pulled in favour of an extra skater as the home side pushed for a last gasp equaliser. Nottingham's Robert Lachowicz picked up the GB Man of the Match award. David Clarke and Ollie Betteridge also had fine games for the GB side. Steve Lee of Nottingham will ice for GB when the two nations meet again in Cardiff on Wednesday night. Pics: Karl Denham