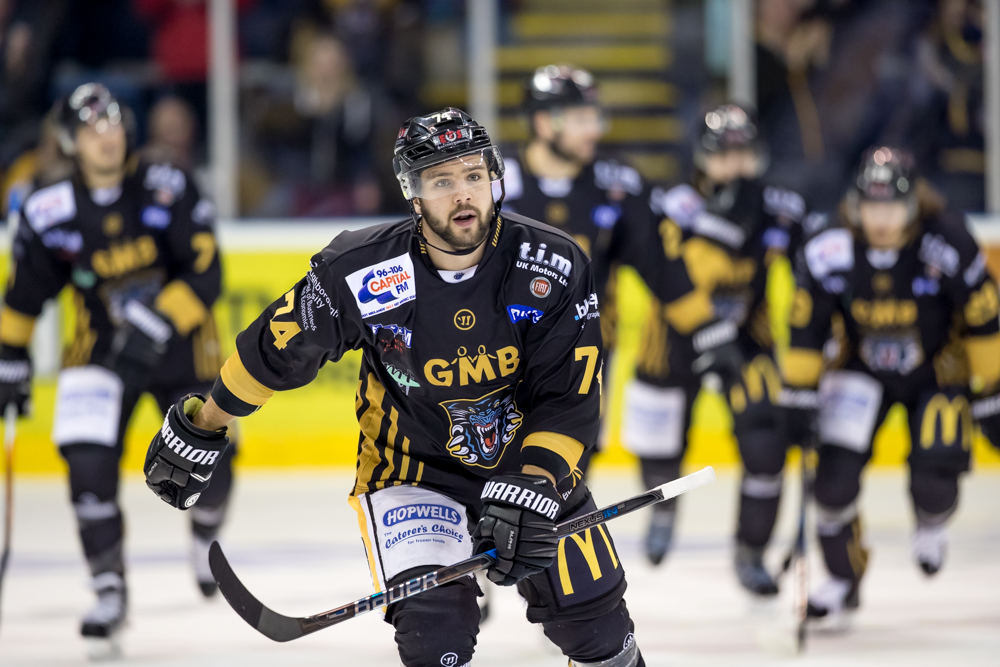 Nottingham Panthers forward Ollie Betteridge says he is determined to win a place in Great Britain’s 23-man squad for the World Championship Division I Group B in Budapest later this month.

The 22-year-old has won 10 under-18 caps for his country, while adding another 14 at the under-20 level, which has included a gold and bronze medal.

Despite playing for GB in international challenge matches, he is yet to make the cut for a final World Championship squad, but Betteridge says he is determined to change that.

“Now the domestic season is over, every single one of the 28 guys in the initial squad has their eyes on making the trip to Hungary,” said Betteridge.

“It is such an honour to pull on the GB shirt and I am lucky enough to have done that in my junior days.

“I have some very special memories of winning medals with the under-20s and now I want to make the step up to the senior team.”

After the games against Lithuania, the 28-man squad will be reduced to the 23 players who will represent Great Britain at the World Championship in Budapest, Hungary from 22nd to 28th April.

Britain will play in Division 1 Group A following their promotion and gold medal in Belfast last year and will face hosts Hungary, along with Italy, Kazakhstan, Poland and Slovenia.