Big day of prep ahead of big games in Nottingham 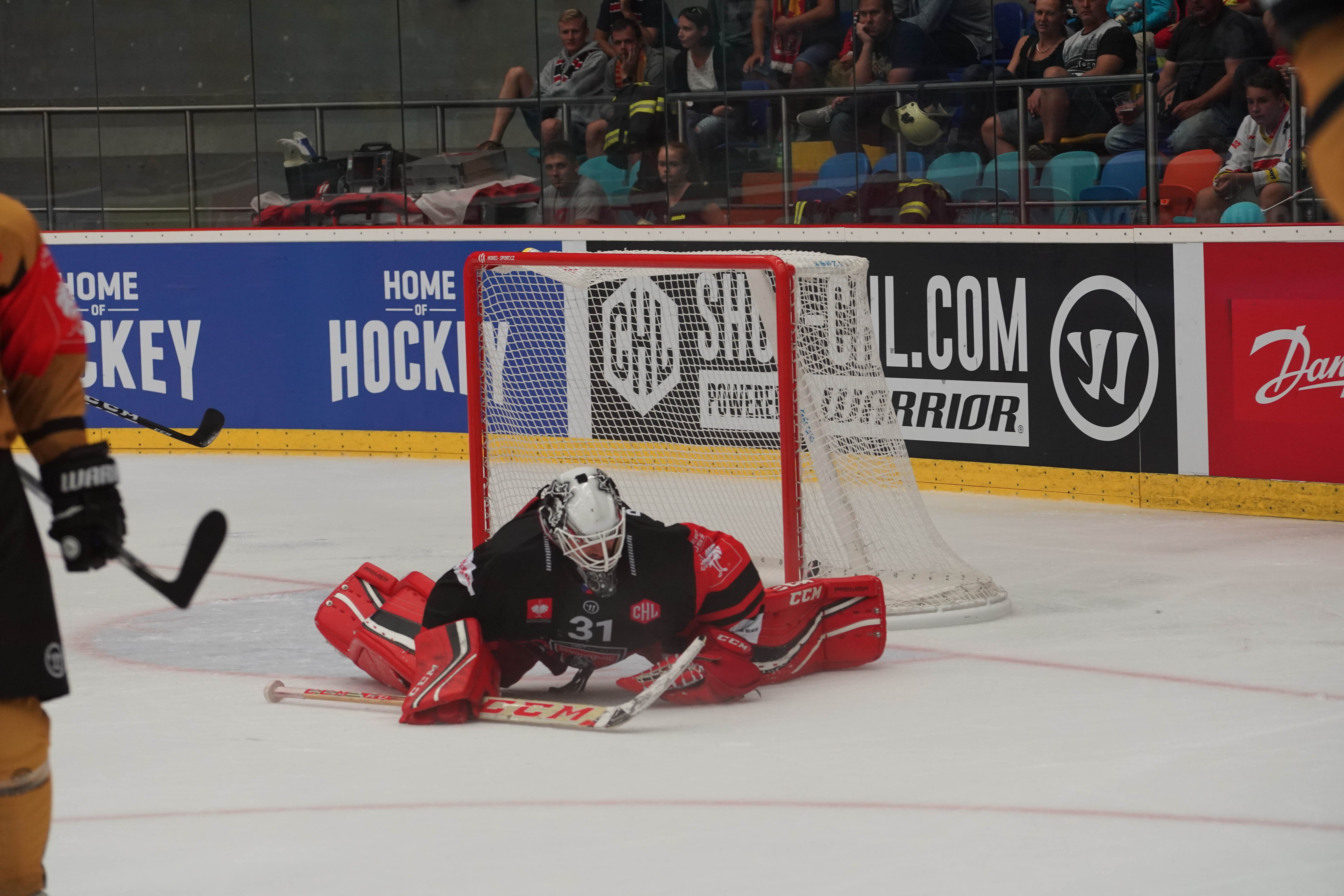 The GMB Nottingham Panthers were at ROKO for dry land training first thing today and then it was on to the arena for an ice practice, as preparations for the big Champions Hockey League games continued at a pace today.

There were no new injury concerns after the games at Bern and Hradec Kralove, which saw the Panthers become the first team from Britain to win on the road in the CHL’s short history.

The home challenges in the CHL begin on Thursday, with the visit of the Czech team who are gunning for revenge after they lost to Nottingham last weekend.

They’re ranked nine places above Panthers in the competition and had opened with a win over Tuurku from Finland, who are 13 places above Mountfield.

Tickets for Thursday and Saturday are now on sale.

Fans are urged to allow extra time especially at these early games this season to get to their seats. If you are buying tickets on the door - and you will be able to at both games this weekend - please get to the arena in plenty of time.

PANTHERS’ VIP desk, is again on LEVEL THREE…that’s one flight of stairs up from the foyer and one flight of steps down from the hospitality boxes. There’s a new intro video to come for the scoreclock screens but as usual it is a work in progress and will probably not make its debut until the Elite League opener next month. In the meantime the CHL video will get another run out.

The full version of the regular match magazine will go on sale at the start of the Elite league fixtures as well but there is a very special souvenir magazine going on sale at the Cghampions Hockey League games starting on Thursday and it is packed with stuff you can’t read anywhere else and it’s still only £3 a copy - whilst stocks last.

Saltbox is back in action with specials for hockey fans going to the games and Shooters Bar will be backing the Panthers' powerplay this season.

The home games in the Champions Hockey League are supported by the ENCORE BAR AND GRILL at the Motorpoint Arena.