The countdown to the biggest game of the season is underway. All to play for in play-off second leg at home. 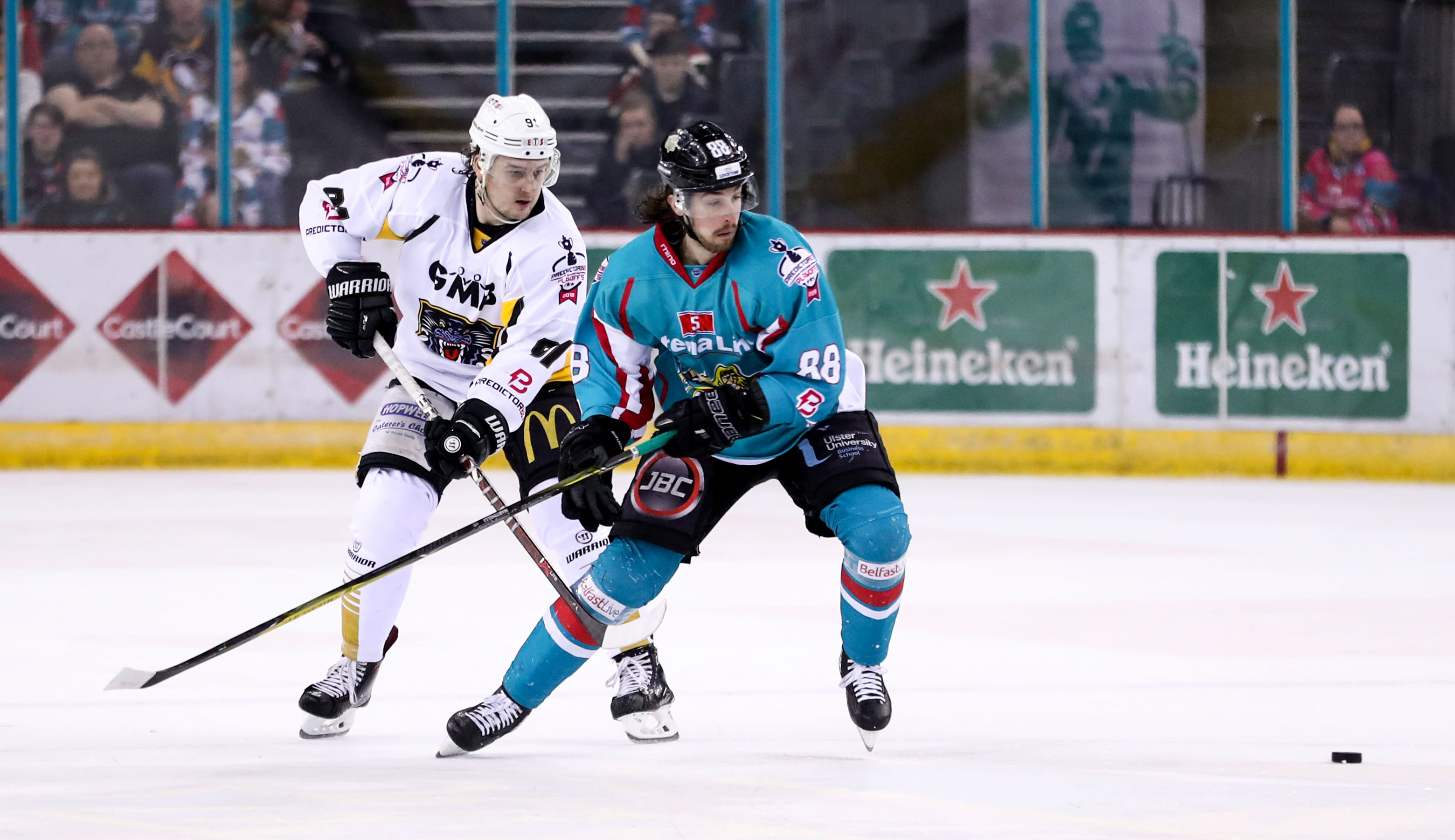 The GMB Panthers take on the Belfast Giants tomorrow (Sunday) at seven o'clock in the biggest game of the season.

Tickets are available but are selling well for the play-off showdown match with a place in the grand finals weekend at stake.

Belfast lead by four goals to three after the first leg in Northern Ireland last night. Said Panthers' assistant coach Rick Strachan as the team flew back to the mainland: "It's all to play for. One good shot separates the teams and there's sixty minutes of hockey to come on our ice with our fans cheering us on. It's going to be electric!"

Nottingham gave up a three goal lead early in the first leg but dug in to claw themselves back into the tie. The aggregate score will determine the winner, if the teams are tied at the end of Sunday's game (on aggregate) there will be overtime and penalty shots to decide who goes through.

The latest news from the PhysioDirect treatment room suggests one assessment will be ongoing but other than that it's just bumps and bruises and the GMB Panthers should be at full-strength for the deciding leg.

There's a regular season shirt auction at the arena at 3.30pm and the game itself faces-off at SEVEN O'CLOCK.

There's a unique extra lot in the shirt auction. A one-off shirt which is being sold for charity!

THE ONLY THING BIGGER THAN ICE HOCKEY...IS PLAY-OFF ICE HOCKEY!