Brian McGrattan - "chomping at the bit" to get to Nottingham 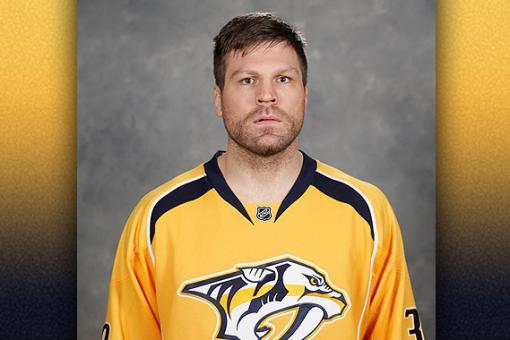 Former NHL heavyweight Brian McGrattan says he's chomping at the bit to get to Nottingham and he's promised nothing about his game is going to change. You can hear Brian in our exclusive interview right now on Panthers Radio (with Xynomix) where he reveals "wherever I play, I play the same way". He also predicts "home games are going to be a lot of fun" and he reveals he spoke with Cam Janssen about a week ago when they "used words rather than fists for the first time". He added that Cam had a lot of good things to say about Nottingham. Don't miss our exclusive interview...click on the link from the home page to hear Brian McGrattan right now. Pic: Nashville Predators