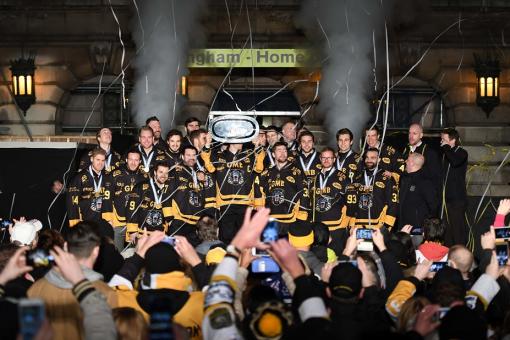 The City of Nottingham did the GMB Nottingham Panthers proud in the Old Market Square last night. With between 1,000 and 1,500 fans gathered to watch the players were presented to the crowd and the Lord Mayor brought out the trophy from the first ever European title success by a British team. The club would like to thank the Nottingham City Council for laying on the event which was followed by a Civic Reception inside the Council House which provided a fitting backdrop for the celebration event.