Brits and prospects back on the ice Friday with coach Neilson 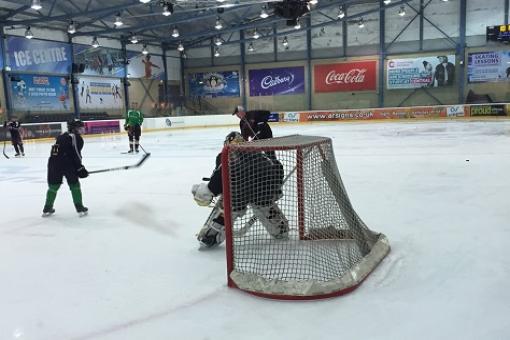 GMB Panthers' head coach Corey Neilson was back on the ice today taking a session for some of the GB internationals and having a look at a few "prospects" for the future.. Robert Lachowicz, Robert Farmer and Steve Lee were among the players skating today. "Obviously we all wish we had a full squad here getting ready for the weekend but that's not to be, meanwhile we're already looking to the long term future, we've had a good look at a couple of guys and we've kept the fitness levels up for the established Brits too, not least next season," said coach Neilson who is also scheduled to work with the GB senior team at the world championships in Belfast later in the month..