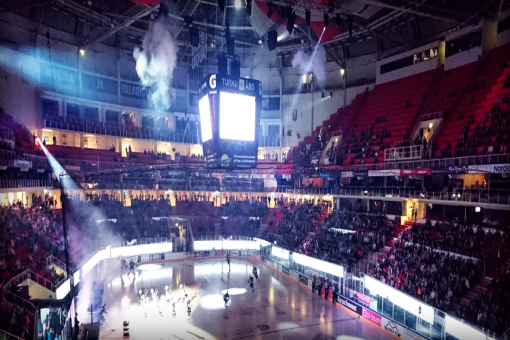 11 time champions of the Finnish hockey championship TPS Turku, or as they are more commonly known in Finland TPS, were founded in 1922. TPS and their sister football club in Finland have both dominated their respective leagues and the famous black and white colours symbolise the top levels of the Finnish game. Since the founding of the SM-Liiga in 1975, TPS are actually the most successful team in league history! Since 2012-13 TPS had struggled to place highly in the Liiga, finishing in the bottom three, three years in a row. Last year however they finished in second place and with a potential capacity at the Gatorade Center of 11,820, the gateway to Europe should make a daunting visit for the GMB Panthers.