Clarke and Mosey happy with start 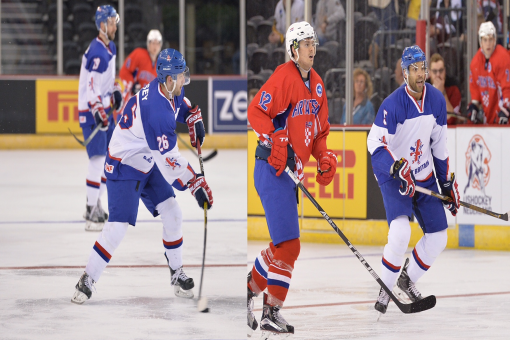 Evan Mosey scored his first goal for Team GB on Sunday night and says the win should give the players belief in how good they can be. The forward joined the GB camp from AHL side Rockford Ice Hogs and netted the third GB goal of the night. Mosey said: "It's a huge win to start the tournament, and to get some confidence with the guys. "Now we know how well we can play and know what was successful for us." David Clarke, one of GB's goalscorers against Croatia yesterday, says the team must stay focused as they prepare for their second game. GB, who beat Croatia 4-2 yesterday, host Estonia in the final game of day two at the SSE Arena this evening (7:30pm). "It is a long tournament so we must take it day-by-day," said the Nottingham Panthers forward. "There will be bumps along the way, but we all have one goal in mind over the next week. "It is just a case of staying really focused and not getting ahead of ourselves." The Division 1 Group B tournament is the first held in the UK for 25 years, and Mosey said the home crowd will have a big role to play. "The fans have supported this team throughout the years and it's huge for them to have a tournament at home. "They can give us a boost and maybe give a little advantage too in the close games." Photo credit: Dean Woolley.