Clarke: Friday we will play like we used to 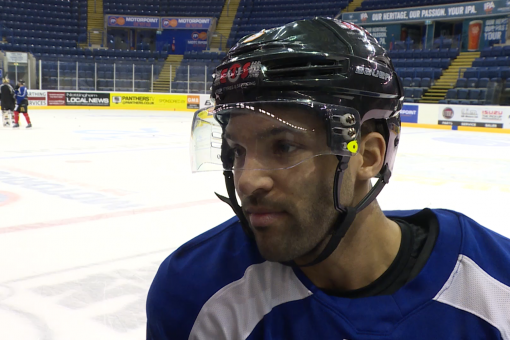 Assistant Coach David Clarke spoke to the Panthers TV with the GMB after training today. He says the dressing room is being hard on itself because they know they aren't meeting their own very high standards. Clarkey described the atmosphere: "We're disappointed, we haven't played to our potential. We know we can play at a certain level and because we aren't meeting that, we're being hard on ourselves." David has been with the Panthers for over a decade now and some of the players look to him as a leader in the dressing room. If he's asked, he tells them that highs and lows are a part of sport: "You go through periods where you're winning everything... other times you play well and don't come away with what you want. It's now a case of resetting and going back to basics" Throughout his time with the GMB Panthers, Clarke has had many roles, wearing the A, the C and now as Assistant Coach. But has that changed how he deals with the losses? "I'm still a player. I'm going through it just as much as them. But now I can also relay any messages from Corey over to the guys so he can focus on the system." There are still good seats available for Friday's Challenge Cup clash as the Panthers try and pull themselves back into form. Tickets are available through 0843 373 3000 to book, or you can visit the box office open now until face-off. Finally you can book on line by clicking the link: www.motorpointarenanottingham.com/online/Panthers To hear the interview in full, click on the link to the right of the screen or click on the link below. Clarke: Team getting ready for Friday: https://youtu.be/o6fLM9o1rw8