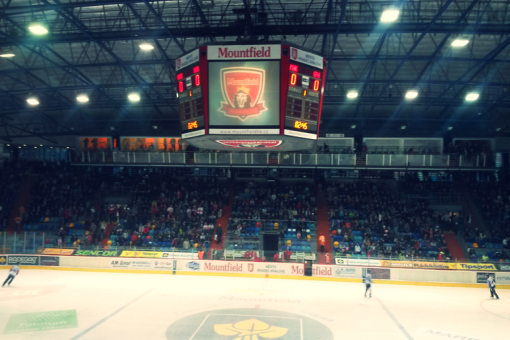 Senior Hockey has been played in Hradec Kralove since 1925 but Mountfield HK only came into being when Mountfield moved the team from Ceské Budejovice and merged them with Královští lv. Mountfield HK made their Extraliga debut in 2012/13 and the Czech side placed fourth last season, making it to the semi-finals of their playoffs Mountfield now play out of the Fortuna Arena which can host up to 6890 supporters and they regularly average of 5,000 fans. Their key man is current captain Jaroslav Bednár, scorer of 47 points across 49 games last season. Their head coach, Václav Sýkora, has previous experience coaching in the KHL including a short stint as Head Coach of Severstal Cherepovets.