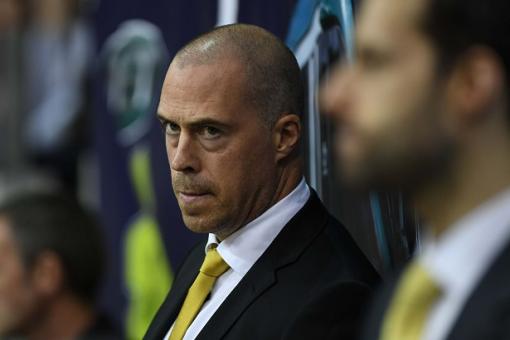 GMB Panthers' captain Brad Moran says the disappointment of the cup exit in midweek has been felt by everyone in the organisation but "you have to step back and get on with it". He told Panthers Radio with Xynomix: "We had a good practice session today and there's a lot of hockey left in the season". He thanked the fans for their amazing support all year long and of new recruit Deivids Sarkanis he said he would add an injection of speed and he joked he would also bring the average age of the captain's line tumbling down. Hear Brad right now on Panthers Radio (witjh Xynomix) just click on the link on the right. meanwhile, Panthers Radio also caught up with head coach Corey Neilson who spoke of wanting to add speed to the line-up and he said the new signing brings that plus "a ton of skill ....you see him attacking guys at a 1,000 miles an hour and it's something I think this team could use right now." Listen to the interview in full by clicking this link: https://goo.gl/yAEoX5 There are some tickets still available for Saturday's home game. The box office is open daily from nine 'til nine, you can call 0843 373 3000 or you can buy on line by clicking the link on the right. SEE YOU THERE!