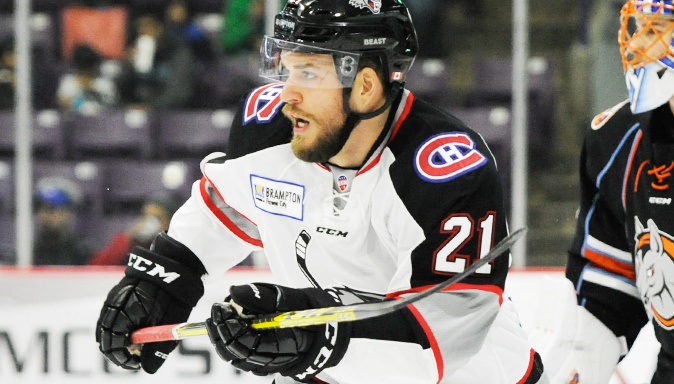 GMB Panthers head coach Corey Neilson took the next step in his summer recruitment campaign with the addition of tough defenceman Mathieu Gagnon and has described him as a “ferocious competitor”.

The six feet two inch blueliner joins the Panthers from the Brampton Beast in the East Coast hockey league but has been called up to higher leagues throughout his pro-career to add “toughness”.

“He’s hard to play against and that’s something we wanted to add. We wanted to give our goalies more protection, Mathieu does that, AND he can play,” said Neilson.

Hear coach Neilson talking about Mathieu Gagnon on Panthers Radio with Xynomix right now. Just click on the link on the right.