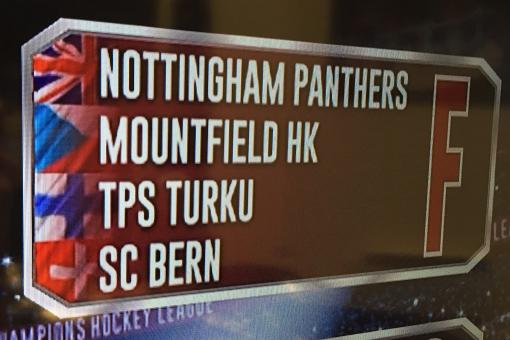 The GMB Nottingham Panthers have been drawn against some tough opposition in the Champions Hockey League including Swiss champs Bern and top Czech and Finnish sides Hradec Kralove and Turku. The games start on August 24th. Panthers preparations start with pre-season action at home on August 12/19 and 20th. The groups were drawn at a special ceremony in Cologne. We’ve got reaction on Panthers TV and Panthers Radio. Panthers' head coach Corey Neilson was on a flight to Canada whilst the draw was taking place but as soon as he arrived in the terminal he was back in touch with Nottingham to find out what took place. He sent us his reaction for Panthers Radio (with Xynomix) where he talks about facing three great teams in three great hockey nations. Hear him now, just click on the link on the right.