Coach Neilson pulls no punches after loss in Belfast 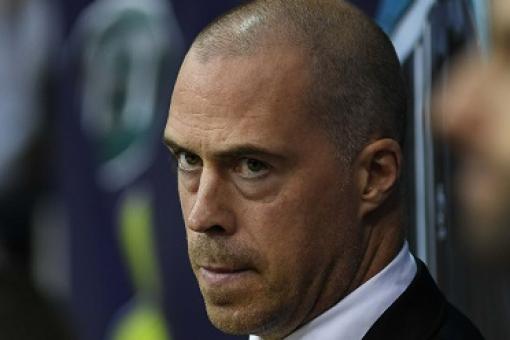 GMB Nottingham Panthers' head coach Corey Neilson blasted his players after the side went down in Belfast on Friday night. Speaking exclusively on Panthers Radio (with Xynomix) he branded his side's performance as "unacceptable" and "not good enough". He added that he's hurting, some of the players are hurting and he wants "them all to hurt". Panthers face Belfast in Northern Ireland again on Sunday. The squad will hit the gym in the morning and then after lunch coach Neilson has summoned them to a meeting where they will be forced to watch Friday night's game from start to finish: "They will watch that game, I had to watch it, fans paid good money to watch it." And he told the website: "It has been hard to put it into words how disappointed I am after feeling we had shown in some of our recent performances that we had turned a corner. Then we played like that." Meanwhile, you can hear the full explosive interview on Panthers Radio (with Xynomix) right now. Click on the link on the right.