Coach praises the response from the players in big win 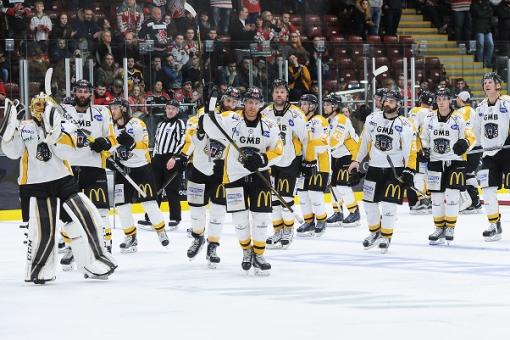 Teams face incredible highs and lows and it's about managing those emotions, that was the reaction of a happy head coach after the Panthers came out of top of the table Cardiff with a massive eight goals to nil shut-out success. Corey Neilson was speaking exclusively on Panthers Radio with Xynomix where he also praised the players for the way they had responded during the week: "We worked hard this week...... lots of talking about working together....we fought hard, had a bunch of great performances.....we lost Carter during the game so we were down to nine forwards but everyone pulled together for a great result....we got up on the scoreboard early against an extremely good hockey team. "Everyone is happy ahead of a long trip home and we have to do it again at home against Coventry." Hear him now, just click on the link on the right. Pic: Richard Murray