Congratulations pour in from around the world 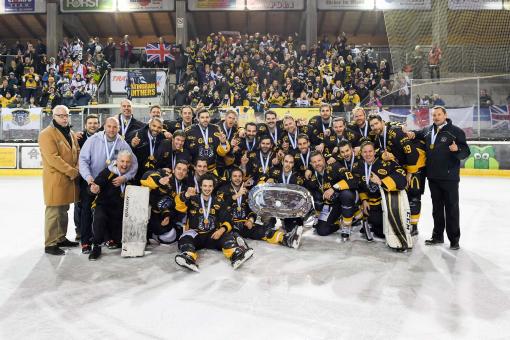 The Continental Cup united hockey fans around the country with everyone from Belfast to Sheffield hoping to see the GMB Panthers make history. With this euro triumph raising the profile of the British game, it benefits everyone who is a fan of the EIHL. We'd like to thank all our fans, and all the fans of other teams, who tweeted, facebooked and emailed your congratulations, we're very proud to have been the international standard bearers for the EIHL. The congratulations rolled in from much further afield too, with fans watching the webcast from all around the world including the States and New Zealand. It was an incredible tournament to be a part of and the GMB Panthers will travel back to Nottingham with plenty of confidence to bring back to the EIHL.