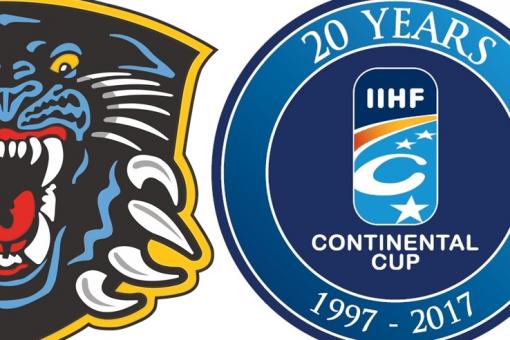 The GMB Nottingham Panthers latest Continental Cup adventure is featured heavily in the latest edition of the match night magazine which is on sale again at today's game. There's no news yet about where the final of the 20th Anniversary Continental Cup will take place, three of the four teams through to the final, including Panthers have put in bids to host the event. Officials at the International Ice Hockey Federation will consider Panthers' bid to stage the event at the National Ice Centre (a week later than originally planned) next week. The background to the bid to host is fully covered in the magazine which is packed with other features, profiles, news and pictures. Get yours at today's game against Fife (4pm). It'll be on sale all around the arena. There'll be a shirt off his back raffle again today and the ever-popular fifty-50 draw will be in operation too. SEE YOU THERE!