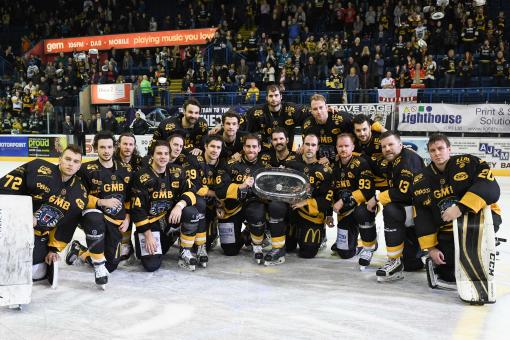 The Continental Cup was brought on to the ice by a military escort after Sunday's game and then Olympic sisters Ellie and Becky Downie did the honours of re-presenting the trophy to Panthers' captain Brad Moran. Panthers made history when they became the first British team to lift a European title ever last weekend and David Clarke said it was fitting to bring out the trophy, despite Sunday's shoot-out loss, because the home fans deserved to share in the monumental achievement of last weekend. There was a huge take up on the offer for fans to have portraits taken with the trophy and it will be available again under Block 18 at Wednesday's big semi-final home leg of the Challenge Cup when Sheffield visit Nottingham.