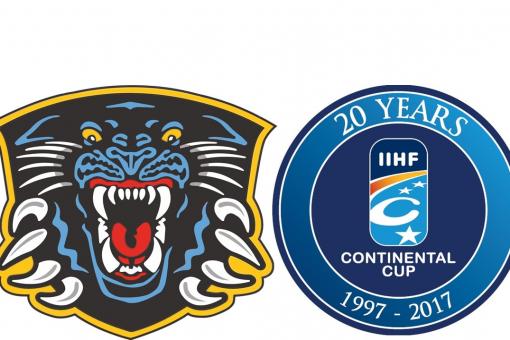 Officials at the International Ice Hockey Federation will this week discuss the venue and the dates for the Continental Cup final. Panthers won through to the final with their opening two wins in the Third Round in Denmark last weekend. The hosts at Odense also qualified for the Super Final along with Ritten from Italy and from Kazakhstan, Atyrau from the other group. The GMB Panthers have put in a bid to host the final in the competition's twentieth anniversary season but there are problems with ice availability and dates to be overcome. A club spokeswoman said: "It is up to the cup bosses now. We've made our case and we've explained all the options, we ran a round of the Continental Cup three years ago to rave reviews, we're hoping that'll stand us in good stead but we'll have to wait and see. We'd love to stage such a big event on UK soil and front of our great army of fans."