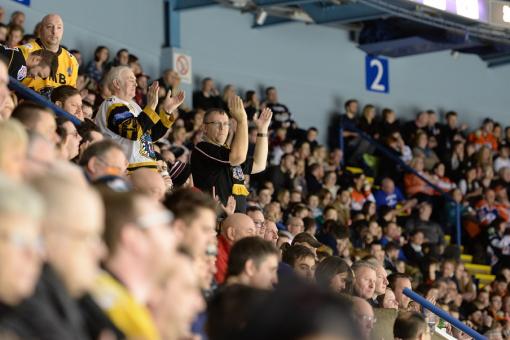 History making GMB Nottingham Panthers will be celebrated in style when the Nottingham City Council hosts a lavish civic reception to honour the team’s achievement in becoming the Continental Cup Champions of Europe 2017. And we’d love to see as many fans as can make it on the night for the event. The council is planning to present the players on a stage outside the council house with confetti cannons to mark the history making success of the team – the first from the UK ever to win a European Championship. A club spokeswoman said today: “We’ve had congratulations from the world over but to have this special night in our home city will be something special. Every team we’ve come up against since we got back from Italy has been keen to congratulate us on lifting the Continental Cup. They all realize what a lift it can be for the sport in the country as a whole, but it’s here in Nottingham where we feel most proud of what the club has done. “The players will be at the Forest game at the City Ground tomorrow to meet the fans there and parade the trophy and then the trophy will be centre stage at the civic reception next Tuesday on February 7th in the early evening around 6.15. “It would be great to fill the square with fans to join in those celebrations and we look forward to seeing as many as possible outside the Council House.”