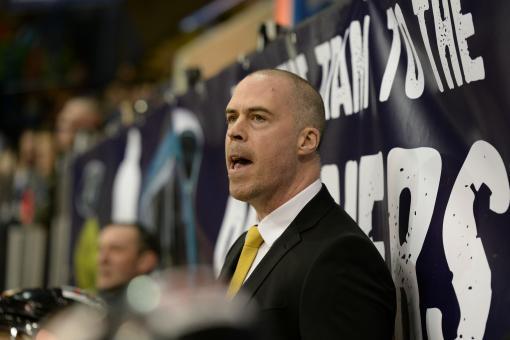 In the face of another large winning margin for the Nottingham Panthers in Jaca, both coaches were impressed with Istanbul's performance. Panthers Radio managed to not only talk to Panthers Coach Corey Neilson, but also Zeytinburnu Istanbul's boss, Deniz Ince. Corey, regardless of the winning margin, was impressed at the competitiveness of Istanbul in what he described as "not their primary sport". "Give them a lot of credit, I thought they did themselves proud, they competed hard." The only thing that seemed to disappoint Coach Neilson was that the GMB Panthers were not able to keep a clean sheet. "It's unfortunate we let that one in, Henry played really well and it's hard as a goaltender to only take on 2 or 3 shots in a period." Deniz Ince was also not unhappy with the experience. "this is the first time a Turkish time has played a team of that level... it was such a great learning experience for my players." "I am really happy for them [Istanbul players] it was such a great experience." One of the highlights of the game was the performance of Istanbul's netminder, who was pulled towards the second half of the game, who faced 37 shots in the first period, only conceding 3. "The Panthers [who banged their sticks off the boards as Tolga skated off the ice] respected how he tried hard." To listen to both interview in full, follow the links below. Corey Neilson: http://panthers.co.uk/sites/default/files/calum1.mp3 Deniz Ince [technical fault cuts off end of interview]: http://panthers.co.uk/sites/default/files/calum2.mp3