Deivids Sarkanis bags his first (and second goals) for the Panthers 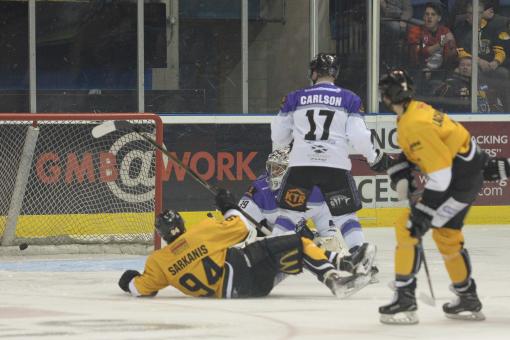 Latvian forward Deivids Sarkanis scored his first goal for the Panthers to stretch the early lead against Braehead on Friday night. And he scored again to stretch the lead again later in the first period. Speaking on Panthers TV with the GMB he admitted he was hoping for a hat-trick goal "but the puck would go in for me". The Panthers head coach Corey Neilson excused the Sarkanis-Betteridge-Lachowicz line when he was critical of the team's performance in post-match interviews. You can watch Deivids post match interview right now just click on the link on the right.