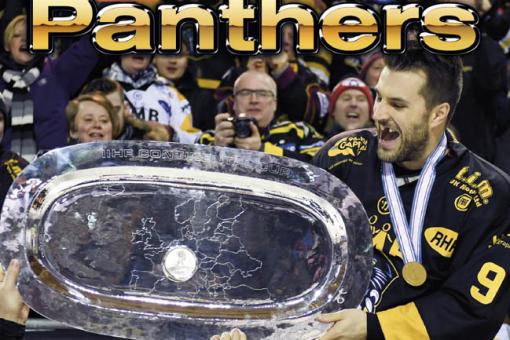 The three games from last weekend's historic Continental Cup finals success will be available from the DVD stand in the foyer at Sunday's home game against Fife. All three games will be included at a special launch price of just £15. Panthers won all three games to become the first British team to win a major ice hockey European championship. The trophy will be paraded after the game on Sunday as well and there's a special edition of Panthers' match night magazine going on sale too packed with memories, not least the celebration team photo poster on the centre-spread. And the players will then get up to the Bolero Suite in the arena as quickly as possible so they can take part in this season's big charity push to raise funds for Headway when the game-worn Christmas "tuxedo" jerseys go under the auctioneer's hammer. Tickets for Sunday are now on sale. SEE YOU THERE....BE PART OF THE HOMECOMING!