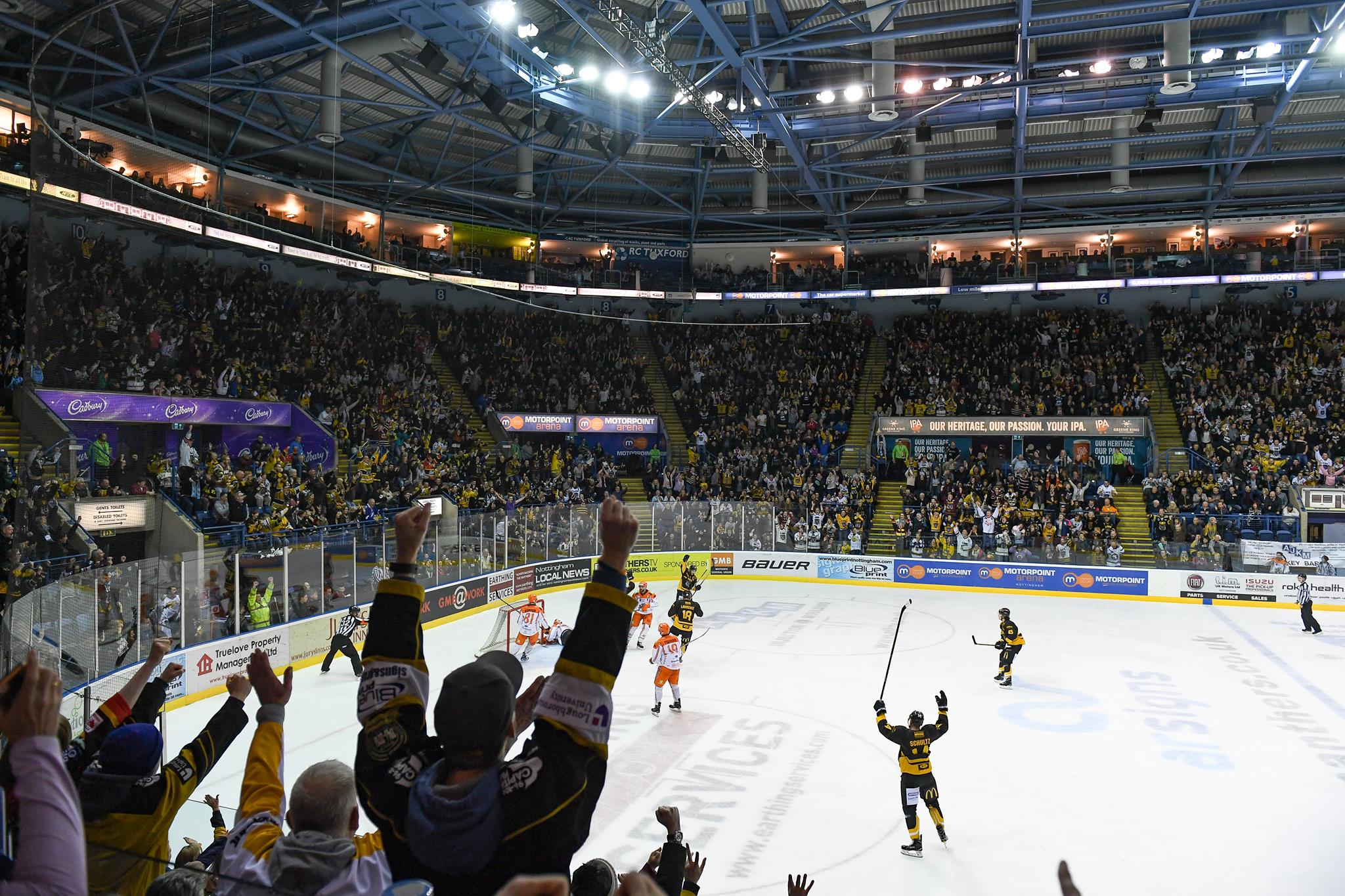 Season tickets for all of next year's 28 home games in the EIHL are still on early bird prices, meaning you can enjoy an adult ticket in bronze seats for just £345 for the season.

With the first deadline having passed at the end of April, non-renewing season ticket holders seats have been released for general sale, meaning you could get your favourite seat in the house for the next campaign!

Those massively reduced “early bird” prices are still available until the end of May, but that deadline is creeping ever closer, meaning you only have three weeks to get your cheap seats.

The easy payment (three direct debits system) is also available until the end of May.

General sale of season tickets at full prices will continue in June.

Ways to purchase your season ticket:

Hit the 'Buy Now' button at the top of the page and download your form.