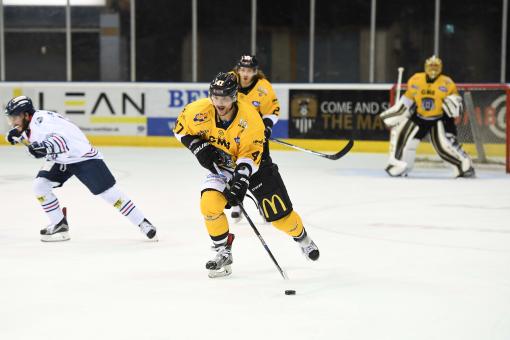 The Champions Hockey League draw continues to draw interest after the GMB Nottingham Panthers were grouped with Bern from Switzerland, Turku from Finland and Czech side Hradec Kralove. Former Panther Petr Kalus was with Nottingham at the start of the Continental Cup campaign last year which led to qualification for this season’s Champions League involvement. He knows the Czech team well and gave his thoughts on Panthers Radio with Xynomix. Hear him now by clicking on the link on the right or by clicking here: http://panthers.co.uk/sites/default/files/Kalus%20CHL.mp3 And he’s urging hockey fans from the teams in Panthers’ group to travel to the game in Nottingham to experience a game against the Panthers in the ”historic and lovely surroundings” of Nottingham. Panthers pre-season action starts on August 12th. The CHL fixtures are in the pipeline and will start on August 24th.