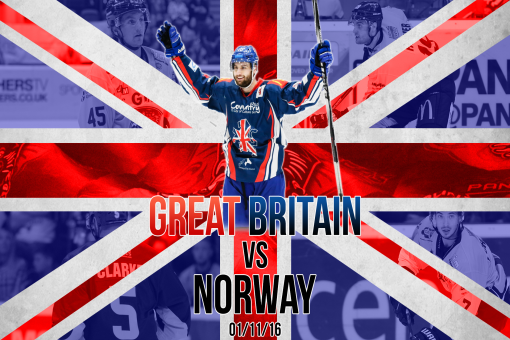 Great Britain defenceman Mark Richardson says next week’s games against Norway can be a stepping stone for next year’s World Championship. GB will host the Division 1B tournament in Belfast’s SSE Arena in April 2017, as they look to secure promotion to Division 1A. As preparation for next year’s championships, GB will play back-to-back matches against Norway next week. The two sides go head-to-head at the National Ice Centre on Tuesday 1st November (7:30pm), followed by a meeting in Ice Arena Wales on Wednesday 2nd November (7:30pm). Norway, who are ranked 11th in the world, play in the top level of the World Championship structure and recently qualified for the 2018 Winter Olympics. A squad of 43 has been named by head coach Pete Russell and the roster has been split into two teams - and Cardiff blueliner Richardson will play at the rink of his former club Nottingham on Tuesday. “I’m really looking forward to it and it’s going to be something different,” said the 30-year-old. “We have been in Division 1B for the last few years and this is going to be quite a step up playing against Norway. “It will be a real test and hopefully we can use it as a stepping stone for the World Championship at the end of the season. “Norway have taken their programme forward and are now a Pool A nation. “That’s what Great Britain, as a nation, would like to achieve and we can look at them and try and replicate it.” To listen to the interview in full, click on the link: http://www.panthers.co.uk/sites/default/files/Mark%20Richardson%20for%20Panthers.mp3 Tickets are still available for both matches. To buy tickets for GB against Norway in Nottingham, click herehttps://www.motorpointarenanottingham.com/Online/panthers To buy tickets for GB against Norway in Cardiff, click here https://cardiffdevils.cloudvenue.co.uk