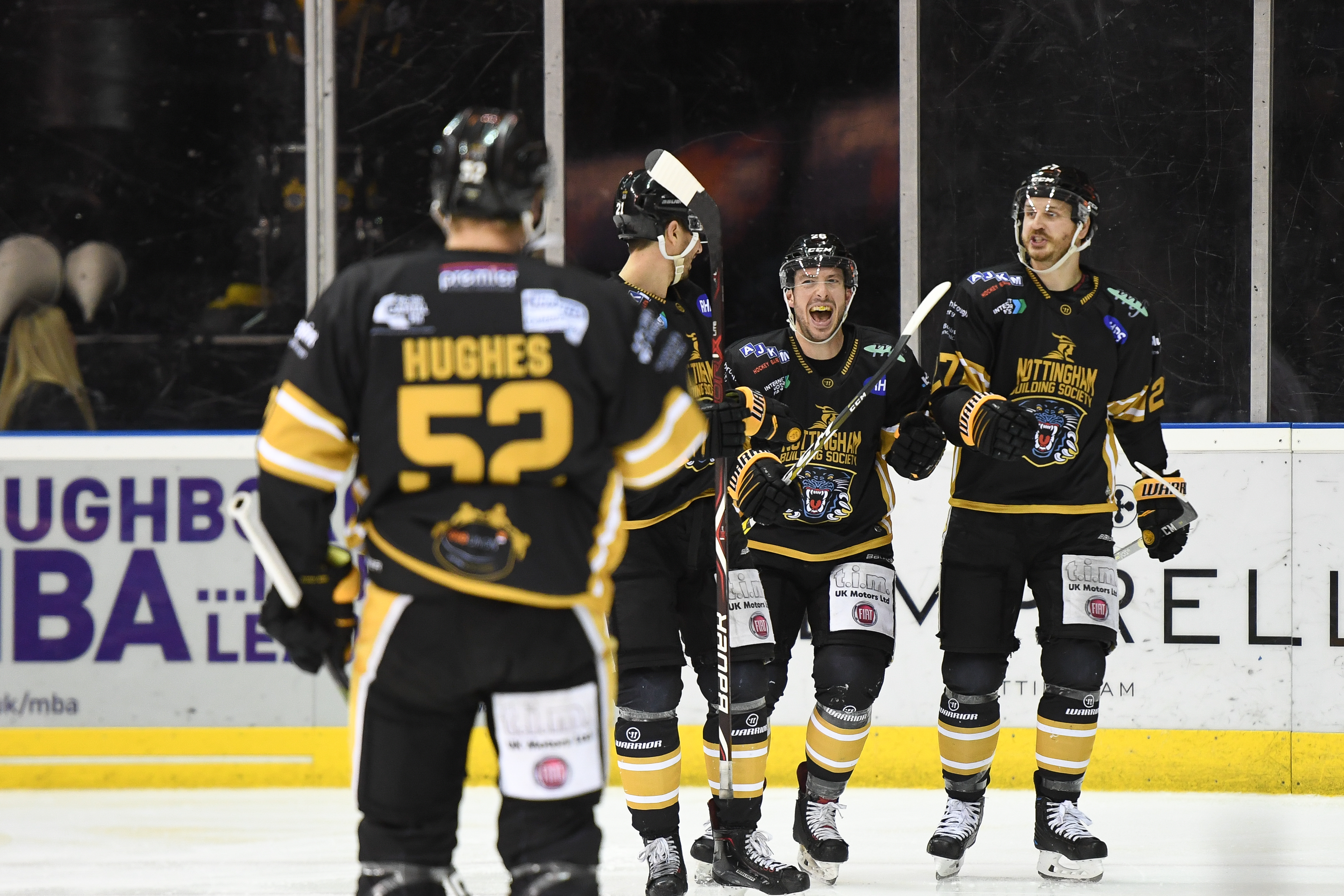 The Nottingham Panthers will need to claw back, and overturn, a three goal deficit if they are to leave tonight's Challenge Cup Semi-Final second leg victorious.

Guildford took a 5-2 victory, thanks to three powerplay goals, in the first leg back on January 23rd and if the Panthers are to make the grand final, held at Cardiff's Viola Arena on Sunday March 10th, they will have to do so without Jaynen Rissling (suspension) and Dylan Olsen (lower body).

Special Pricing is in effect for tonights game: Tickets are just £12, £10 and £8 in EVERY block inside the Motorpoint Arena (face-off 7.30pm).

You can book your seats by visiting the arena box office, calling 0843 373 3000 or clicking here to buy online.

The game is sponsored by Xynomix, keeping the heart of your system at peak performance! Find out more about them here.

The ever popular fifty-50 draw will be operation as will the 'Shirt Off His Back' raffle, and you could go home with the black jersey of Tommy Hughes! The winner will be presented with their jersey by Tommy outside of the Panthers' locker room after the game.

Paws, sponsored by Planet Bounce, will be amongst the stands in the period breaks tonight with a host of giveaways from Planet Bounce, Arena Catering, Creams Cafe and Flowervision.

The latest edition of the match night magazine on sale for the second time tonight. Get yours from the sellers around the arena, priced at just £3, and don't forget the free-to-enter retro playoff jersey draw on page 31 in which you could win a Sam Oakford or Robert Lachowicz jersey.

Our parking partners at Nottingham City Car Parks, who operate the Motorpoint Arena Car Park, are offering a new deal to fans (that came into effect on December 1st) AND it matches their original season long deal! Fans who took advantage of the parking season ticket can park at the arena car park – just a slapshot away from the building – in and out all day on gamedays and it worked out at just £2 a game and the new deal, which based on the fixture list, at £42 now works out at only around £3 A GAME, to book yourself in simply call 0115 8761444.