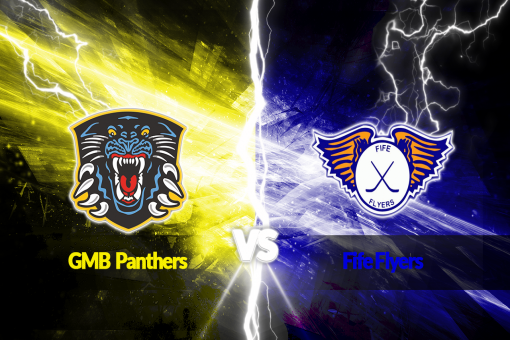 The GMB Nottingham Panthers make their highly-anticipated return to Nottingham in Sunday’s matchup against the Fife Flyers. Following a weekend which saw the Panthers make history in Ritten, this will be the first opportunity for fans to congratulate the players on their success. After the game, and before the charity shirt auction, some surprise guests will present the trophy to the players on the ice and they will then do some laps of the arena for the fans to enjoy the moment. We are encouraging fans to bring their own Continental Cup trophies to celebrate the moment with the players. The arena has informed us that any aluminium foil-wrapped cardboard trophies will have no problems being brought in, so long as they are less than shoulder width. Further to this, as part of the celebrations for winning the trophy, we will be giving fans the chance to get photos with the trophy before the game. All the details about that can be found here: http://panthers.co.uk/content/professional-portraits-continental-cup-trophy-sunday#overlay-context=fixtures AND there's a new edition of the magazine going on sale too. It looks into our European miracle and the incredible journey the GMB Panthers went through to get there. There’s a shirt off the back of one of the players up for grabs in the special raffle again. A £1 ticket could see you win one of the shirts from the game and have it presented at the locker room by the player himself. The fifty-50 draw will be in operation too – you could win a big cash prize but you have to be in it to win it! The more tickets you buy – the bigger the prize! Match and season tickets can be used on the Nottingham trams network to qualify for £2 return journeys. Adult season ticket holders can get a meal deal special from McDonald's in Nottingham all week long (after 10.30am). The shop and the merchandise stalls on the concourse carry a full range of Panthers branded goods. <><><> WE HAVE GOT A LOT OF NEW FANS COMING TO GAMES THIS SEASON. TO HELP THEM - a newcomers guide to some of the rules for the fastest team sport in the word: The rule book is hundreds of pages thick but there are some basics that help newcomers understand what’s going on around them. To start with, its five skaters and a goalie per team. Two skaters on defence, three up front. If the ref gives a team a penalty then the offending player sits in the penalty box. If an opponent takes a penalty at the same time the penalties cancel each other out. Penalties lead to power-plays and penalty-kills. One team has to skate short-handed while the other has a man-advantage. If a team scores on a power-play a player serving a minor (two minute penalty) returns to the ice. If he’s serving a major (five minute penalty) his team goes the full five minutes without him or a replacement regardless of whether the opposition score or not. Offside is different in ice hockey to football. The puck must enter the attack zone (beyond the blue line) ahead of any attacking players. Simple as that. A team that is caught offside may be given the chance to “float” back onside without a whistle if they don't play the puck 'in the zone'. The team that scores most goals wins! There’s ALWAYS a winner at ice hockey, if the score is tied at the end of sixty minutes we will have a period of sudden-death overtime (three skaters v three skaters) and if no-one scores we go to penalties! Other rules will be explained by the announcer along the way or ask a neighbour, Panthers have some of the most knowledgeable spectators in the game. <><><> The puck travels fast and is very hard. Please keep your eye on it at all times. Panthers’ games are covered by copyright law. Unauthorized photography, filming, broadcasting and streaming of home matches is prohibited. Offe