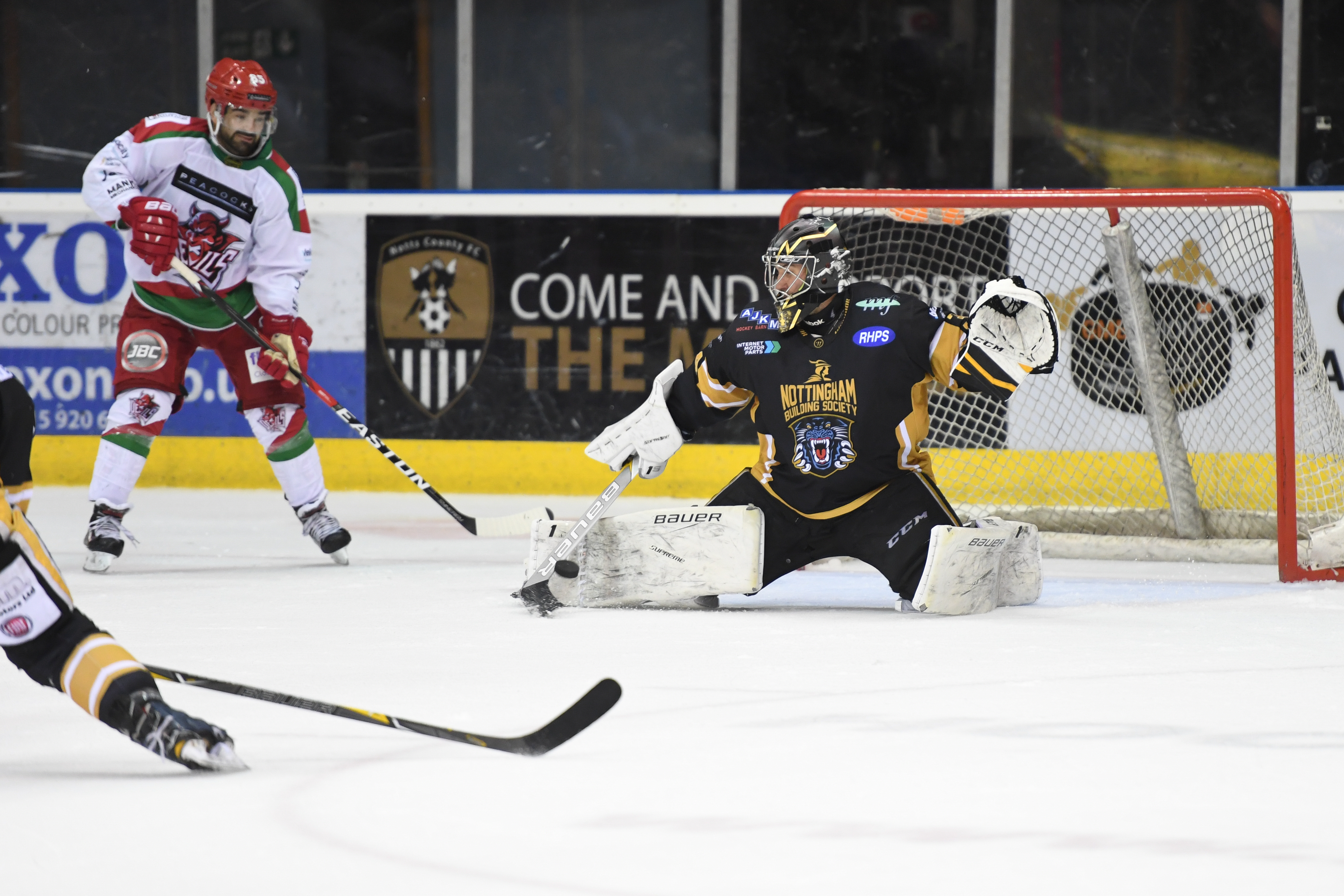 Panthers TV with the GMB spoke to netminder Michael Garnett after the 4-3 win over Cardiff on Wednesday night.

Michael said that 'it was a really satisfying game' as the Panthers fought back from 0-2 down after 40 minutes to win 4-3, in a mirror image of the game in Cardiff eleven days ago when Cardiff came back from the same deficit.

Looking ahead to Saturday's Challenge Cup game in Sheffield Michael said that the team's poor record against the Steelers bothered him and the team personally last season and they're looking to put that record right this season, for the fans.