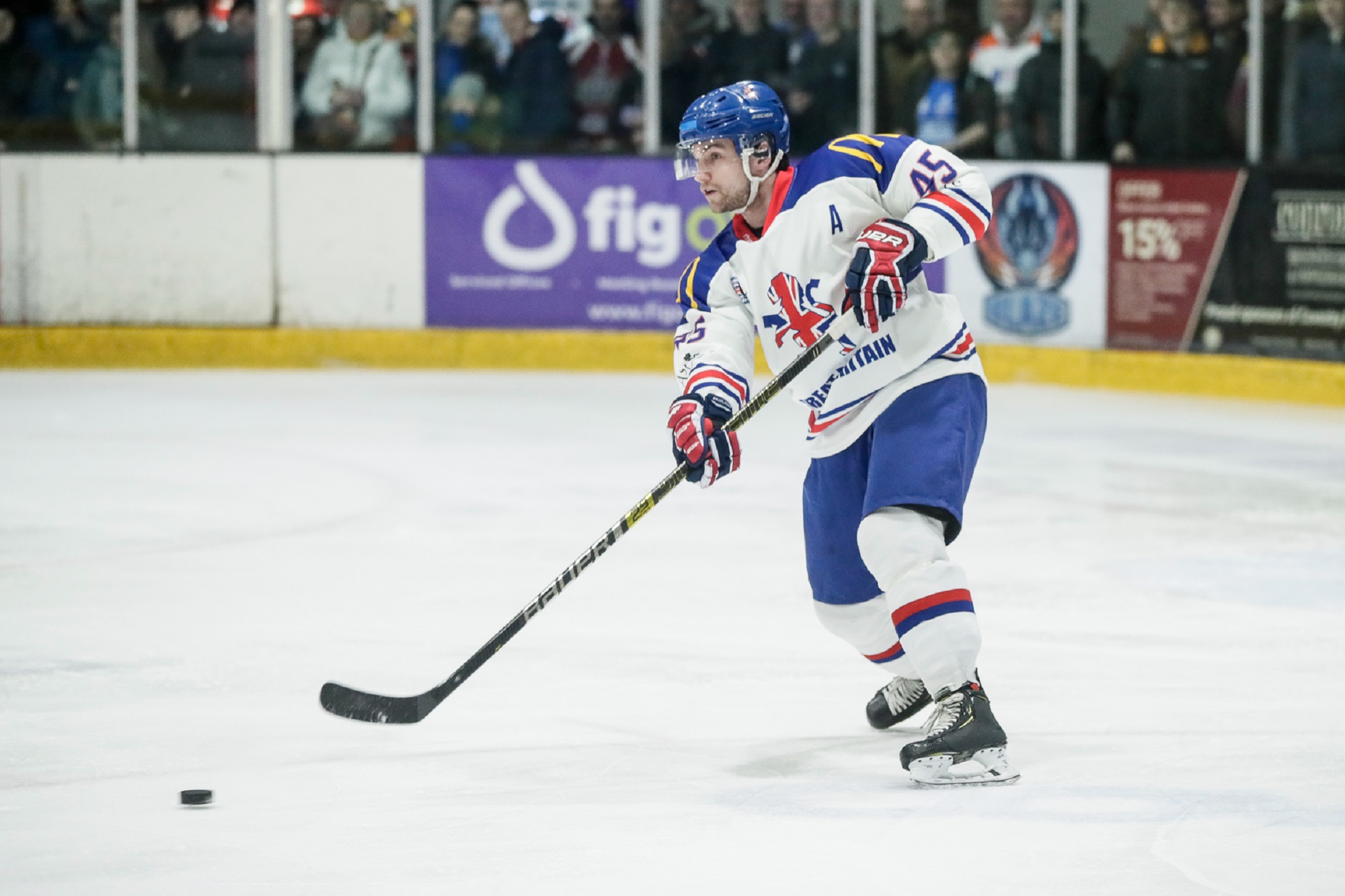 Team GB Head Coach Pete Russell has named a 28-man squad for Great Britain's training camp next month and matches against Italy and Hungary and it features SIX members of The Nottingham Panthers' current roster.

The roster will then be cut to 25 for back-to-back games against KHL side Torpedo and this squad will go on to represent GB at the World Championship in Slovakia in May.

There are recalls for Josh Batch, Liam Kirk, Thomas Murdy and Craig Peacock, while Brendan Connolly is named in a GB squad for the first time.

The following weekend will see the visit of Torpedo to the UK, with GB going head-to-head with the KHL Eastern Conference side in the Motorpoint Arena Nottingham on Saturday 27th April (7pm) and at the Fly DSA Arena Sheffield on Sunday 28th April (4pm).

Russell said: "This has been the toughest group to select to date. There is a high amount of competition in all areas.

"It was important to keep our core who have taken this country forward and then look at all the players knocking on the door and putting their personal case forward.

"Experience is vital and has high importance. But, we as coaches, must always look at guys who are performing well and who we believe can add to the level.

"In the selection process we had a lot of guys competing in the same positions, so in many ways that’s even tougher but we believe and trust in our selections in the 28.

"The 28 will, of course, become the 25 and the players will decide that for us during the pre-tournament preparations.

"Personally and as a coaching team we would like to thank every player who was involved in the long list and, as always, the door is never shut in the future for many of the bubble guys and the up-and-coming talent.

"We all will now looking forward to finishing our club seasons and look forward to getting together in April and then live the dream of heading to Pool A in Slovakia."

GB will play in the top flight of world ice hockey for the first time since 1994 and are in Group A in Kosice, with games taking place at the Steel Arena.

GB and Germany go head to head on Saturday 11th May, before Britain face Canada on Sunday 12th May. After a rest day, Great Britain meet Denmark on Tuesday 14th May before facing USA on Wednesday 15th May.

Finland are GB’s opponents on Friday 17th May, while Russell’s side meet hosts Slovakia on Saturday 18th May. Britain complete their group campaign against France on Monday 20th May.