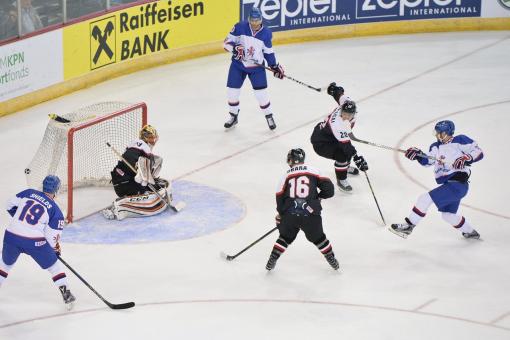 The Great Britain senior men’s team comfortably won their gold medal showdown clash with Japan to take the gold medal at the World Championships in Belfast. A 4-0 victory over the other unbeaten team in the tournament saw ecstatic scenes at the final hooter. Panthers’ Robert Farmer assisted on GB’s opening powerplay goal in the 18th minute and David Clarke did the same on the second powerplay goal at 24.37. GB scored again either side of the half-way mark with former Panther Evan Mosey assisting the last goal as a goalless third period saw the hosts home. The victory meant GB ended the tournament with five wins from five, following earlier victories over Croatia, Estonia, Lithuania and Netherlands. Pic - Dean Woolley