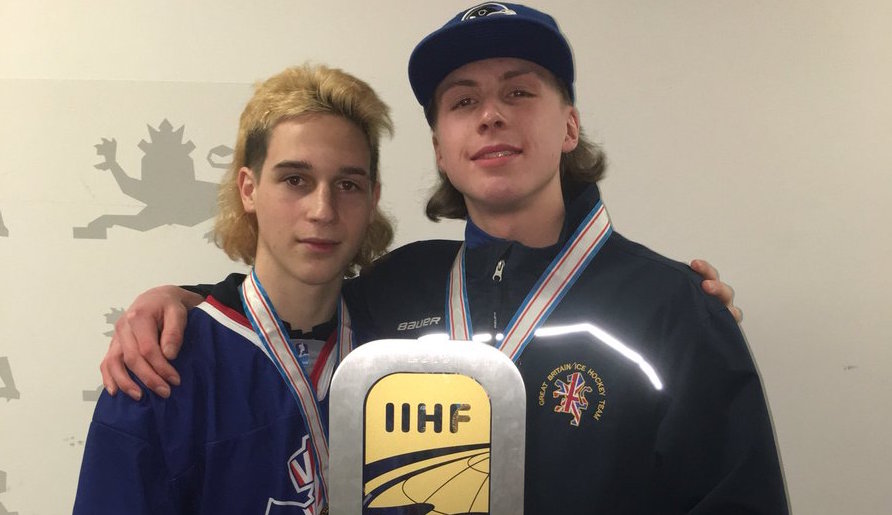 Nottingham Panthers defenceman Joseph Hazeldine won gold with Great Britain Under-18s, after GB won three of their first four games at the World Championship Division II Group A – beating Estonia, Australia and Lithuania – to set up a dramatic final day in Tallinn at the weekend.

Britain beat Korea 4-3 and with Poland dropping a point in their 4-3 overtime-time victory over Estonia, GB were promoted to Division I Group B.

Great Britain Under-18s forward Cade Neilson says winning the gold medal in Tallinn is a moment that will live with him forever.

Neilson said: “It was just amazing to win the gold medal and something I will never forget.

“We always believed in ourselves and I think that showed on the ice with the performances we put in at the tournament.

“The win over Korea on the final day left us needed Estonia to do us a favour in the evening.”

Poland needed a regulation-time victory over the hosts to deny GB the gold and got off to the best possible start and led 3-0, but Estonia came back and tied the game at three by the end of regulation time.

“It was special enough to secure the silver but the excitement grew as Estonia launched their comeback.

“We were all so excited in the stands as Estonia drew level and the moment the game ended in regulation time the gold medal was ours.

“It was a very special feeling.”