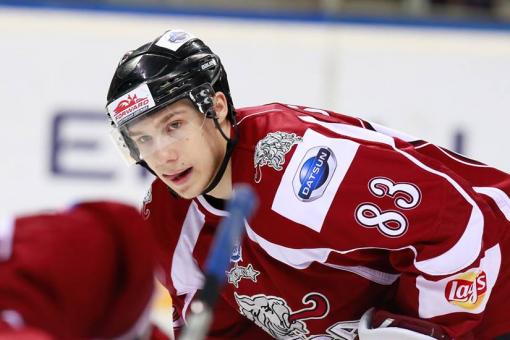 The GMB Nottingham Panthers have signed Deivids Sarkanis to the roster for the rest of the season. The 22-year-old Latvian has played for his country and most recently led his team in Austria in scoring in the AlpsLeague. He has also played in France and has games in the KHL on his resume too. He has also got experience of having played in Nottingham before when he was with Riga in the Continental Cup three years ago. Said Panthers’ head coach Corey Neilson: “He’s young and ambitious and he’s fast. I’ve spoken with him and he’s thrilled to be joining us.” The six feet tall forward has been with Kitzbuheler in Austria this season where he was the form player with six goals and 23 assists for 29 points in 34 games. There’s just one piece of paperwork to sort out which should happen today. Deivids flies in to the UK tonight and will train with the Panthers tomorrow before jumping straight into the line-up for the back-to-back action against Coventry this weekend starting at home on Saturday.