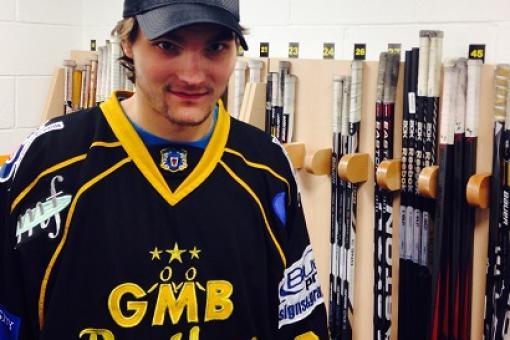 The GMB Nottingham Panthers have signed one of their cup winners from season 2013-14 in the shape of Czech international and former Boston Bruin Petr Kalus. Petr who has also played with the Minnesota Wild in the NHL and a host of clubs in the AHL, has experience in the KHL, plus the top flights in Sweden, Italy, France, and Denmark. Petr was the Boston Bruins second round pick in the NHL draft in 2005, 39th overall. During his 44 game spell with the Panthers in season 2013-14 had 19 goals and 40 points in total. Said head coach Corey Neilson: “We’ve got some guys out hurt at the moment and Petr fits the bill. We know him, he knows us and he can’t wait to get back to Nottingham.” The 29-year-old forward shoots left but can play on either wing. Subject to flights and paperwork coming through he is expected to play this weekend starting on Saturday at home to Dundee.