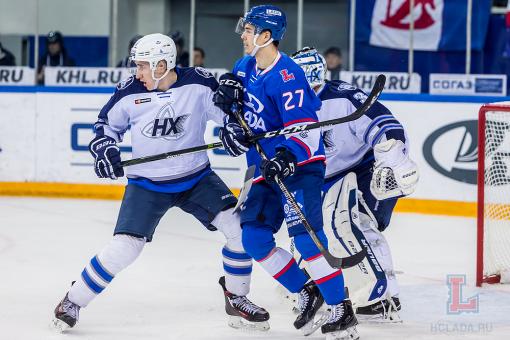 The GMB Nottingham Panthers have added a new face to their roster for the coming campaign with highly regarded 22-year-old Russian winger Alexander Mokshantsev putting pen to paper for the coming campaign. Last year the six feet one inch former Russian junior international played in the KHL and the VHL in Russia with Lada Togliatti and Dizel Penza. He had eight goals and nine assists in 26 games in the VHL. Panthers’ head coach Corey Neilson has big hopes for Alexander saying he will start on the fourth line but he expects him to have an impact and move up the lines. He has speed and size and fits the bill for the kind of player Neilson wanted to bring in for the Panthers’ assault on domestic honours. Added Neilson: “He’s a super-skilled, super-fast young Russian. He’s excited about the opportunity before him. He’s young but he was in the KHL last year and played in a very defensive league in the VHL. Lots of positives, we’re excited to have him.” Photo Credit: Lada Togliatti