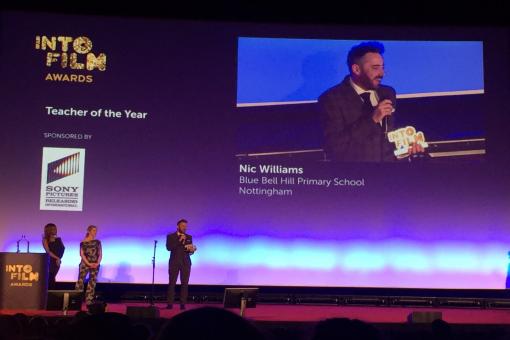 Nic Williams, Director of Business and Community at Blue Bell Hill, has been honoured as Teacher of the Year at the Into Film Awards in London last night. Having made it to the final three nominees, he was last night announced as the winner at the glittering star studded ceremony in London’s Leicester square. Usually found co-ordinating our school events on game days at the VIP desk on Level 3, Nic and the Blue Bell Hill Trust have been partners with the Panthers for the past 9 seasons. We’re delighted and proud that one of our fantastic partners is being recognised nationally for his amazing efforts. Another Panthers community partner, NHS Nottingham, are up for an NHS Oscar tomorrow night and we wish them the best of luck at the awards! The hard working members of the #CheckItOut campaign, who have had stands at various home games this season, will be at an awards ceremony tomorrow night hoping to be recognised for their outstanding service.