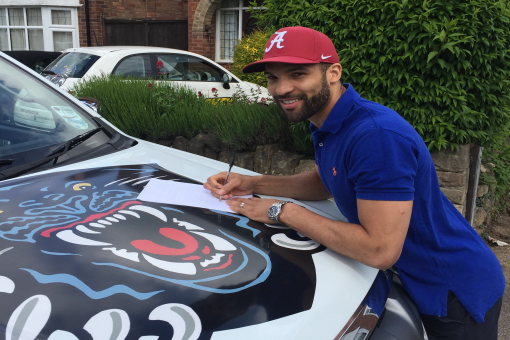 The GMB Nottingham Panthers are pleased to announce the return of David Clarke to the line-up for 2017-18 which will be his fourteenth season at the club. He will continue in his role of player-assistant coach which started last season. As a player last year the 35-year-old had 33 points in 39 games with the Panthers. With more teams in the Elite League than ever before Nottingham beat off interest from elsewhere to retain him. He has been an integral part of the organisation for many years and in his former role as captain hoisted many trophies on behalf of the team. Last year he was hampered by injuries but he still proved himself to be one of the league’s most prolific scorers with another season around the point per game mark. Said David: “It goes without saying that I enjoy playing in Nottingham. It has become my home and the club, the management, the back-room staff and the fans are second to none. “The chance to join Corey in the coach’s room last year was another step forward in my career and I learned a lot but there’s still plenty to come from me out on the ice. “We made history abroad in Europe last season. This coming year we want to win some domestic silverware again. We’ve had a lot of success during my time in Nottingham and we aim to keep that going. Corey has spoken of the club being ‘laser focussed’ on the league title race. “We set the bar very high here and that’s always a good thing for the team and the fans.” The new season faces-off on August 12th with pre-season action followed by Champions Hockey League games and the domestic campaign is set to begin in early September. The season ticket in 2017-18 will include ALL 28 home league fixtures. The massively discounted early bird prices apply until the end of this month (May). Season ticket holders enjoy a host of benefits on top of the huge difference to match-to-match purchases for league games such as discounts on merchandise, cut-price tickets for non-league games and having their locations held for them. Take advantage and buy your season ticket NOW: https://www.dropbox.com/s/wq4btmk2z3aubnc/Panthers%20ST%20form%20final%20140317.pdf?dl=0