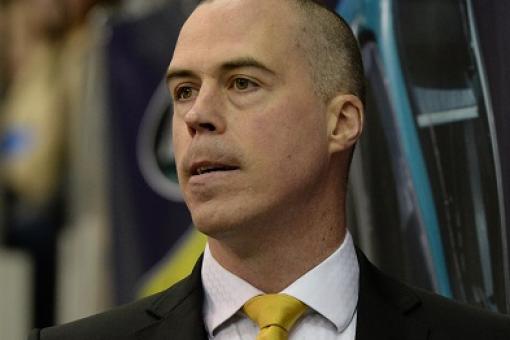 Panthers’ head coach Corey Neilson is working on club recruitment alongside his week helping on the coaching side of GB’s bid to win promotion at the World Championships. Panthers already have the likes of Dan Spang and Jeff Brown returning to play and continue their studies at Loughborough University and there are plans to look to the future with the addition of some Under 23s as per the new league guidelines to boost the British contingent. Coach Neilson said today: “It’s still early days and whilst I’m working with the GB set-up the ‘phone is still hot and the e-mails and messages keep coming in for Panthers. There will be lots of new faces in Nottingham but there are guys on last year’s roster who have time to run and could be back and that applies to both the ‘import’ and the ‘British’ categories. “I know the fans want to hear news, of course they do, they always do and we understand that but we won’t be fanning the flames of speculation. When deals are done, the office will make the announcements before the ink is dry.” Meanwhile there is an extra game being added to the season ticket Package for the upcoming campaign. Season tickets were already on sale covering 27 games but the exciting new league format with three groups of four teams means there will be 28 home league games and the club is extending the season ticket deal to cover ALL those games. The league groups are: Nottingham, Sheffield, Cardiff and Belfast. Dundee, Fife, Edinburgh and Braehead. Coventry, Manchester, Guildford and Milton Keynes. Teams play against clubs in their own conference four times at home and four times away. There will be two games home and two games away against the clubs in the other conferences. The Challenge Cup groups will be: Nottingham, Sheffield, Manchester and Braehead Belfast, Dundee, Edinburgh and Fife Cardiff, Coventry, Milton Keynes and Guildford The top two teams from each group will progress to the quarter-finals plus the two clubs with the best records from those that finish third or fourth in the group stage. The first of the deadlines for season ticket applications comes up on Sunday this weekend at noon when any unclaimed existing locations will be opened up to other applicants. Season ticket holders from last season who haven’t yet renewed their locations are reminded that the early bird massively discounted prices continue after Sunday’s noon deadline BUT the chance to keep your existing locations runs out this weekend. There are some other dates for fans to keep in mind as they submit their season ticket application forms. 31st May 2017: Closing date for Early Bird discount prices 31st May 2017: Closing date for direct debit applications 30th June 2017: Closing date for all applications Don’t miss out. Get your season ticket now! Visit the box office as soon as possible to buy - especially if you are an existing season ticket holder and you want to keep your current locations. Download the application form here and return it to the National Ice Centre box office in one of the four ways detailed on the form: https://www.dropbox.com/s/wq4btmk2z3aubnc/Panthers%20ST%20form%20final%20140317.pdf?dl=0