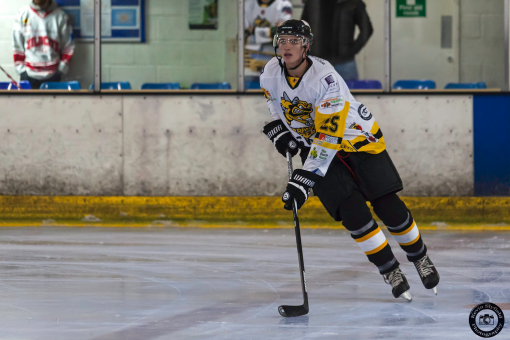 The GMB Nottingham Panthers will be hooking up with the Okanagan-Swindon operation to make sure that latest recruits Jordan Kelsall and Josh Tetlow are not starved of game ice-time as they develop their skills. The Panthers announced yesterday that the two teenagers would be joining the Panthers, as the club fulfilled their promise to add to their Brit pack for the coming campaign. The two top prospects will be with the Panthers full-time and will be dressing in some games, but as developing players everyone realises that their opportunities for game-time could be limited. To that end Panthers and the Swindon set up will be forging stronger links for the coming campaign. Jordan has already played with Swindon and they will also be talking to Josh about next season. Meanwhile Panthers’ Head Coach Corey Neilson has been talking to panthers radio with Xynomix about the club’s investment in the future with the addition of the two teenagers. Hear him now, just click on the link or the right or click here: http://panthers.co.uk/sites/default/files/Corey%20Youth%20Link.mp3 Photo Credit: Kevin Slyfield