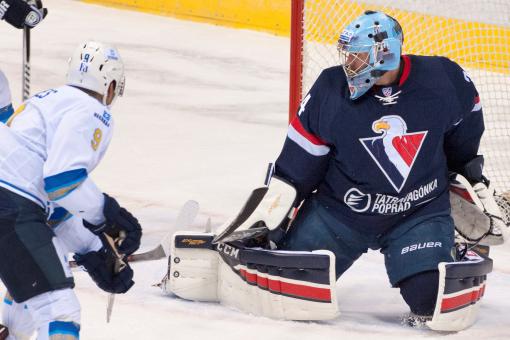 The GMB Nottingham Panthers have lined up 34-year-old Canadian goalie Mike Garnett who has played the last nine seasons in the top club league the KHL. During that spell in Russia, Slovakia and Croatia he has posted save per centages of over ninety. Panthers’ head coach Corey Neilson said of his latest capture: “We’ve heard nothing but good things about Mike who is aiming to study at Loughborough University while playing with the Panthers. “He’s a big goalie and played in the NHL at Atlanta before moving to the KHL. “He’s a good fit for us and will be part of our last line of defence alongside Eduard and Sam. I’ve spoken to him at length and he will do a job for us. “I’m happy with the trio of goalies we have. It’s going to be a long season and we’ve got the right mix to take that on and be successful.” Garnett, six feet one inch, was a third round draft pick of the Atlanta Thrashers in the NHL in 2001 and played for them 24 times. He has also played in the AHL and the Coast, at Chicago, Gwinnett and Greenville. The Saskatoon native has an impressive resume which includes being a junior champion and Memorial Cup winner. During his spell in the KHL he was named goalie of the week or month eight times and twice played in the KHL All Star game. Pictures: KHL