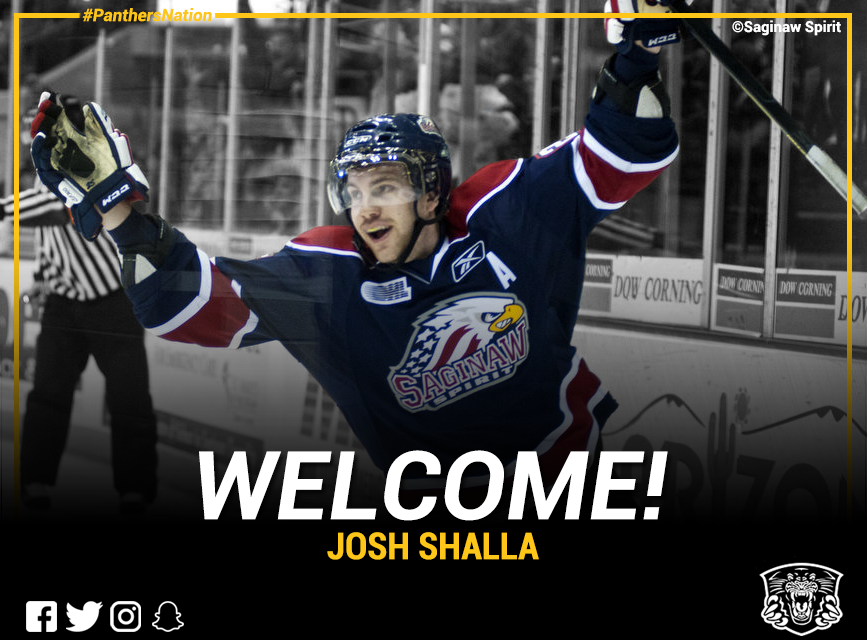 He has 60 AHL games on his CV at Milwaukee.

Speaking of the six feet one inch forward, who didn't miss a game last season, Panthers' head coach Corey Neilson said today: "He's another guy who fits the bill. Young, hungry, motivated and works hard. He can be deadly in front of goal and he increases our options up front.

"All the scouting reports suggest he will do well in our league. He's thrilled to be coming and we're thrilled to have him. People who know him well say he's a good guy and great in the room."